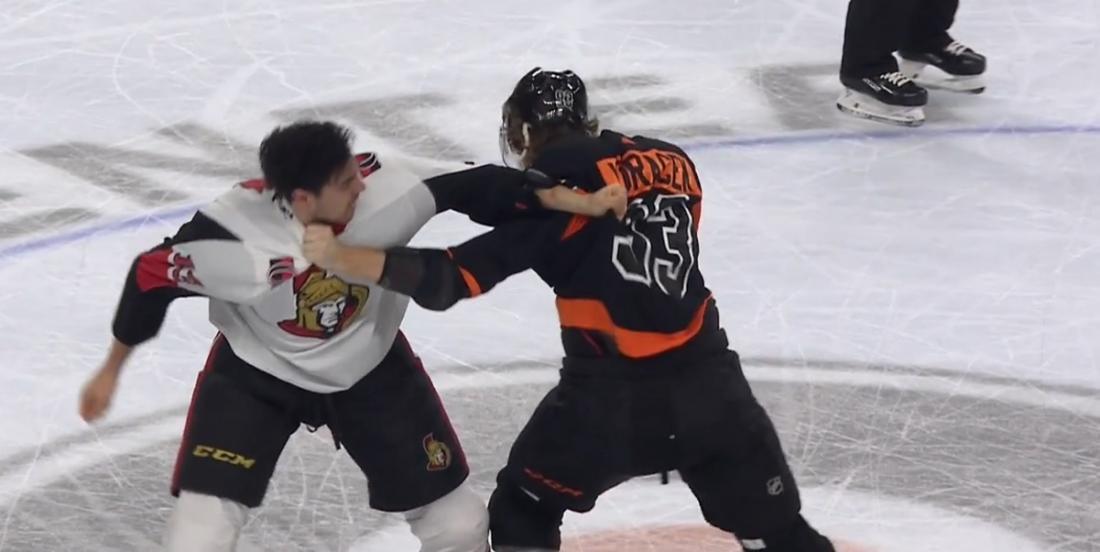 Things got rough early in the National Hockey League on Saturday thanks to an action packed match up between the Philadelphia Flyers and the Ottawa Senators.