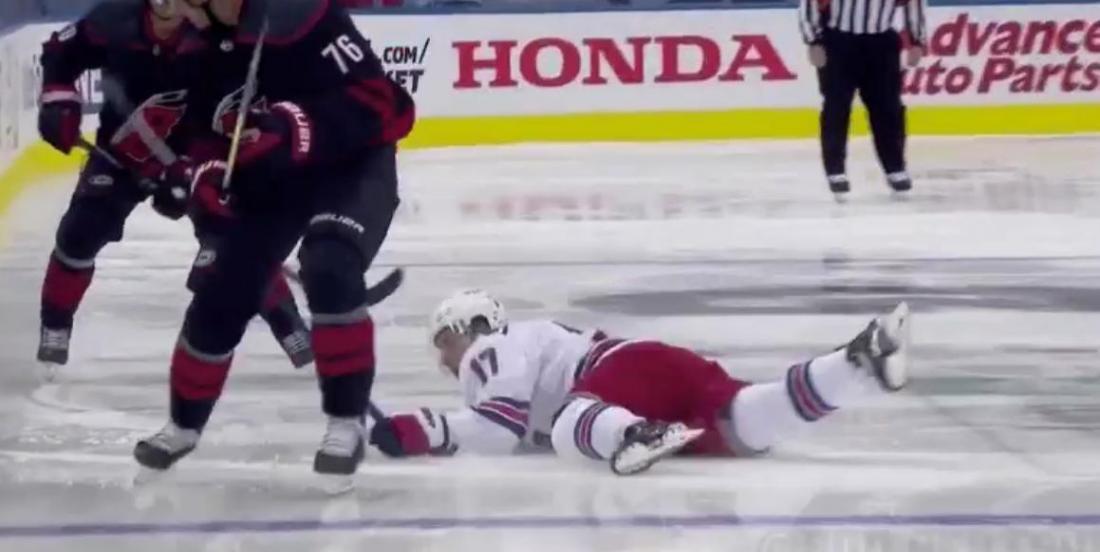 A rough start to the playoffs for the Rangers.

It sounds like the New York Rangers have suffered the first injury of the Stanley Cup Playoffs.

On Saturday afternoon the Rangers faced off against the Carolina Hurricanes in what has been deemed the Qualifying Round of the Stanley Cup Playoffs and things were pretty wild early on. We had some big hits on both sides of the ice, and even a fight between unlikely candidates Justin Williams and Ryan Strome, but the hit that may have had the most impact on this series was the one of New York Rangers forward Jesper Fast courtesy of former Rangers teammate Brady Skjei.

The hit came relatively early on in the game's opening period and it saw Skjei absolutely railroad Fast in the neutral zone and it was pretty obvious early on that Fast had felt the ill effects of that hit. In fact full credit to Fast here because he would remain in the play, I must admit that when I first saw him struggling to rise to his skates I fully expected that he would be headed straight for the Rangers bench. In spite of remaining in the play however Fast would not remain with his teammates for very long and would eventually retreat to the locker room and would not return for the duration of the game.

The Rangers have since announced that Fast will not be returning to the game, so he is officially done for the day, and it may very well be that this is our first injury of the Stanley Cup Playoffs. Unfortunately given the league's rules regarding player injuries during this tournament the Rangers will be unable to disclose the nature of that injury, or even officially confirm that Fast has in fact been injured. This could prove to be a big problem for the Rangers if Fast is forced to miss more time beyond just this game.

Here's a look at it in real time: