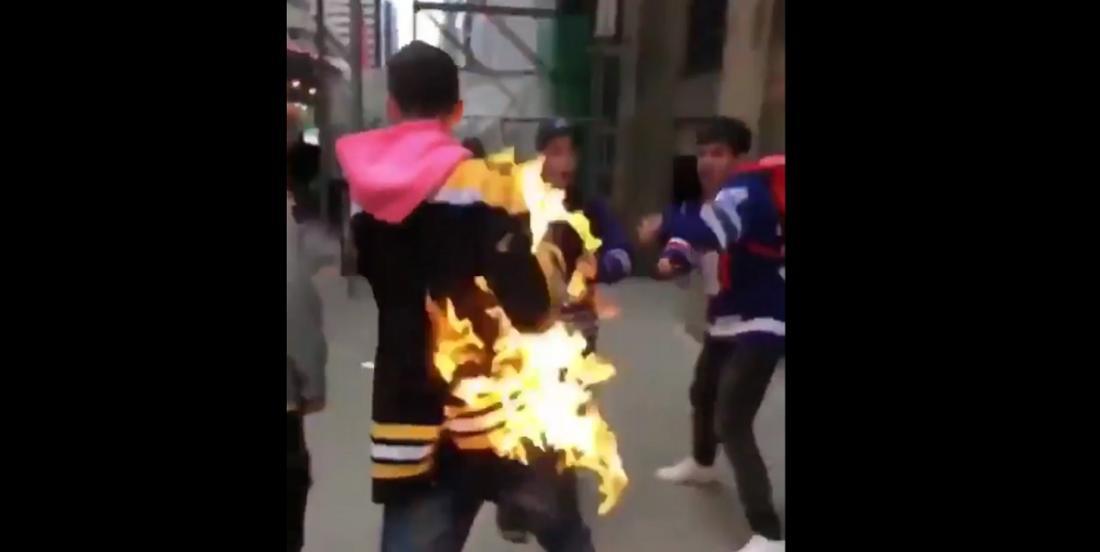 This is some seriously messed up stuff...

The Toronto Maple Leafs' fan base is undoubtedly very frustrated after having just witnessed a rather uninspired effort from their team, at least through the first 40 minutes, in Game 6 of their first round match up against the Boston Bruins. That being said there is no reason to take that frustration out on another human being and that appears to be what has just happened in this case.

A disturbing video published on social media following Game 6 shows a group of Maple Leaf fans burning a Boston Bruins jersey out of frustration. No big deal right? Well the only problem with this act of vandalism is that the Bruins fan who owns the jersey was still very much in it and was set ablaze while the jersey was still on his back.

The Bruins fan thankfully manages to get his jersey off very quickly and runs away from his attackers so hopefully he has escaped any serious injury following this incident.

Now I will add that the behavior of the young men in this video is extremely bizarre which leads me to believe this may have all been set up before hand by the people involved. If I am being perfectly honest it may just be that I sincerely hope that is indeed the case because if not this is one of the worst things I have ever seen go down between two rivals fan bases.