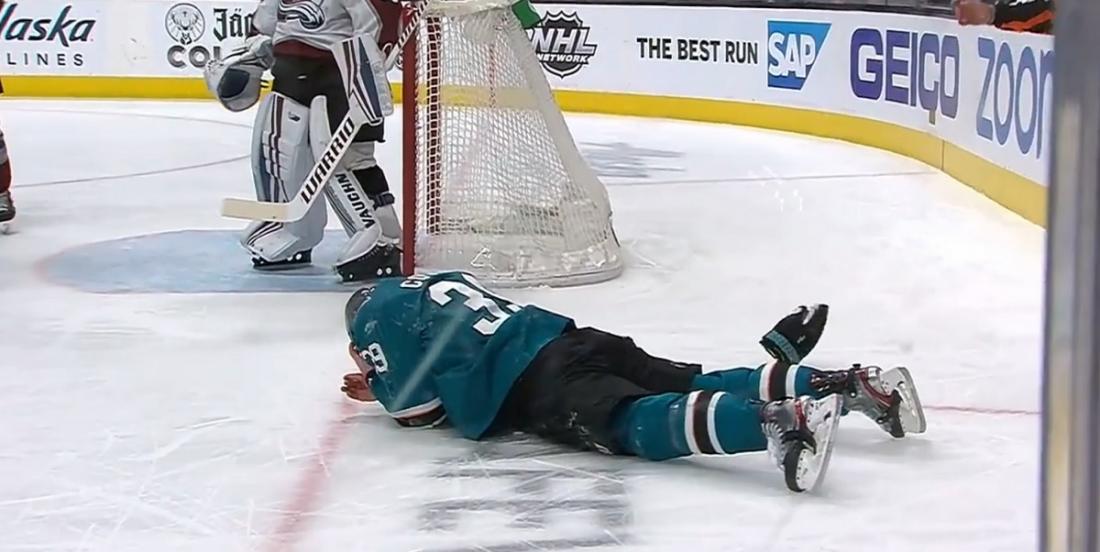 You have to feel bad for San Jose Sharks forward Logan Couture, the poor guy has got to be having some terrible deja vu right now.

On Sunday night Couture and his San Jose Sharks faced off against the Colorado Avalanche and unfortunately for Couture he would not make it through the game unscathed. I don't know if it simply a really terrible coincidence of if Couture has a tendency to put himself in high danger areas but the veteran forward was once again struck by a puck to the face, one that once again knocked him out of the game and forced him to the locker room from which he would not return. The Sharks have since confirmed that he has been injured, although there have been reports that the team is hopeful this one will not be too serious.

This time it was Couture's own teammate, former Sharks first round pick Timo Meier, who fired off the shot that would eventually take him out, although I think it is fair to say that this one was a freak accident. Meier fired off a shot from above the faceoff circle on the opposite end of the ice and its trajectory was almost immediately altered by the fact that it deflected off an Avalanche stick, changing the trajectory of the shot just enough to send it straight into Logan Couture's face. It looked initially as though it may have struck the edge of Couture's visor, but unfortunately given that we now know he was injured I think it is safe to say that this one snuck under the protective shield and struck his face.

Couture immediately went down to the ice in a heap and appeared to be in considerable pain, and no doubt he was having some nasty flashbacks to one year ago when he was involved in a similar situation when a shot from Jonathan Marchessault took out several of his teeth and left him with severe dental damage. I will spare you the images of the aftermath of that shot, they were disturbing to say the least and you can still easily find them online, but here's a video of that incident as well for those of you who don't know just how unlucky Couture seems to be.