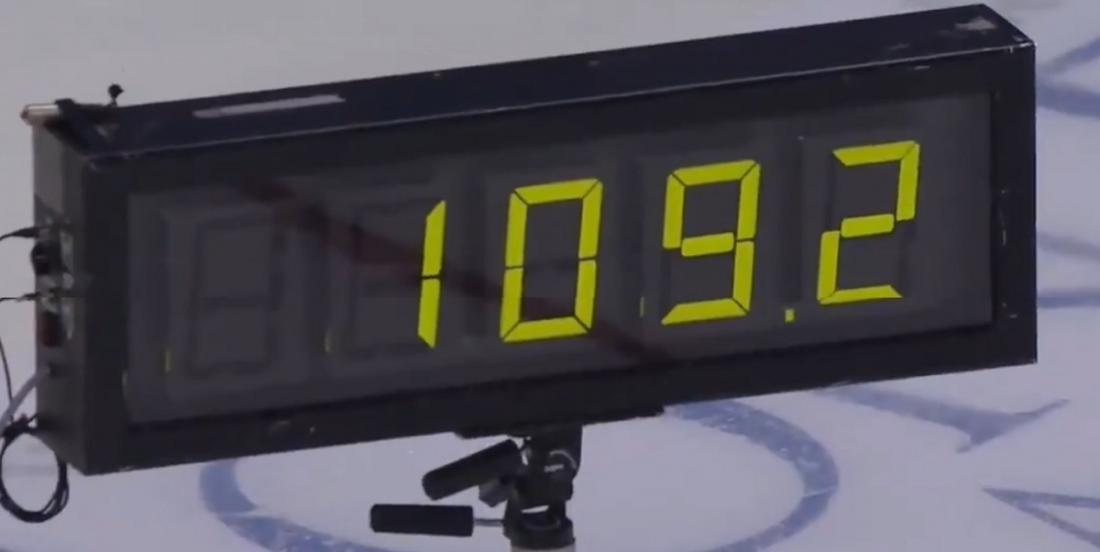 I must admit I thought it would be a while before we saw this record being broken, and now it may very well be a long time before we see someone come close to breaking it again.

Although most fans are aware of the fact that the National Hockey League held its annual All Star festivities over the weekend, you man not be aware of the fact that over that very same weekend the American Hockey League held All Star festivities of its own. Now there's no question that the NHL's All Star event gets way more eyeballs on it than the AHL's version, however one of the highlights during the skills competition for both events clearly belongs to the AHL this time around.

During their respective All Star events both teams held what is simply known as a "hardest shot" competition, an event in which the raw power of a players slap shot is measured by radar. In the case of the NHL's event it was Montreal Canadiens defenseman Shea Weber who proved to be the victor, claiming back his crown as the NHL's hardest shooter with a rocket of a shot that clocked in at 106.5 miles per hour. It marked the fourth time that the Habs defenseman won the event and, although his victory was well deserved, the moment of glory for Weber would turn out to be relatively short lived. That is because unbeknownst to many of the fans who tuned in to the NHL's hardest shot challenge, the marker set by Weber was about to be broken in a big way.

It was 26 year old forward Martin Frk who left the fans in attendance for the AHL All Star event at the Toyota Center looking on in disbelief as he not only established a higher mark than any NHL player had during their skills competition, but set a world record for the event effectively beating every man that had ever come before him. The record was previously held by Boston Bruins defenseman Zdeno Chara who recorded a ridiculous bomb of a shot at 108.8 mph, but Frk's new marker will see that number bested.

You can watch Frk take his record breaking shock in the video below courtesy of the Ontario Reign of the AHL.