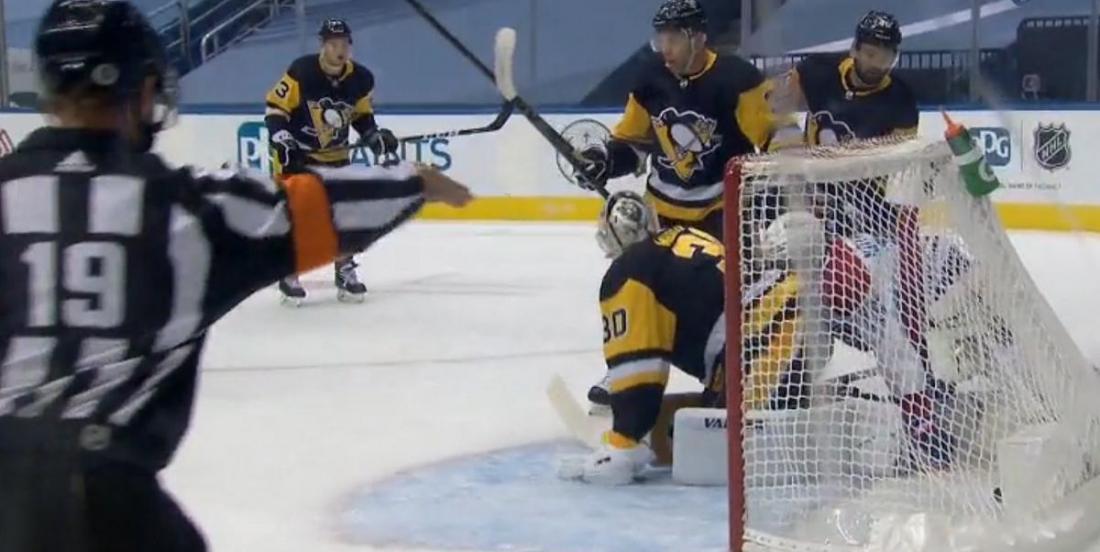 Murray gives up an early goal.

The Pittsburgh Penguins appeared to be in control for the most part during the opening period of Game 1 against the Montreal Canadiens, and the shots on goal reflect that, however it was the Canadiens that would get on the board first thanks to a little help from the hockey gods.

The Canadiens were dominated early in terms of shots on goal but with just their third shot on goal the Habs were able to beat Penguins goaltender Matt Murray, although it is a little hard to blame the inconsistent Murray for this one. A shot from the point was deflected at an odd angle in front of the net which sent the puck spinning through the air, and seemingly everyone except Habs forward Jesperi Kotkaniemi lost sight of the puck in that moment. Murray was looking up for the puck when both the puck and the aforementioned Kotkaniemi stumbled into the net behind him, giving the Canadiens a 1 - 0 lead in the game.

The decision to put Murray into goal today was a controversial one and there was unquestionably a vocal segment of the Penguins fan base that felt the decision from Penguins head coach Mike Sullivan would cost the Penguins the game, but that has not been the case thus far. Murray has been pretty sharp outside of this one bizarre play, and if anything through the first several minutes of play Murray has appeared to reward the confidence that Sullivan showed in him.

Following the goal from Kotkaniemi both teams were awarded a power play and although both teams would come close with their scoring chances, the score remains 1 - 0 for the Habs after one period of play. I wonder how many of you had picked Jesperi Kotkaniemi, a player who had no career playoff goals, to be the one to score the first goal in this series.