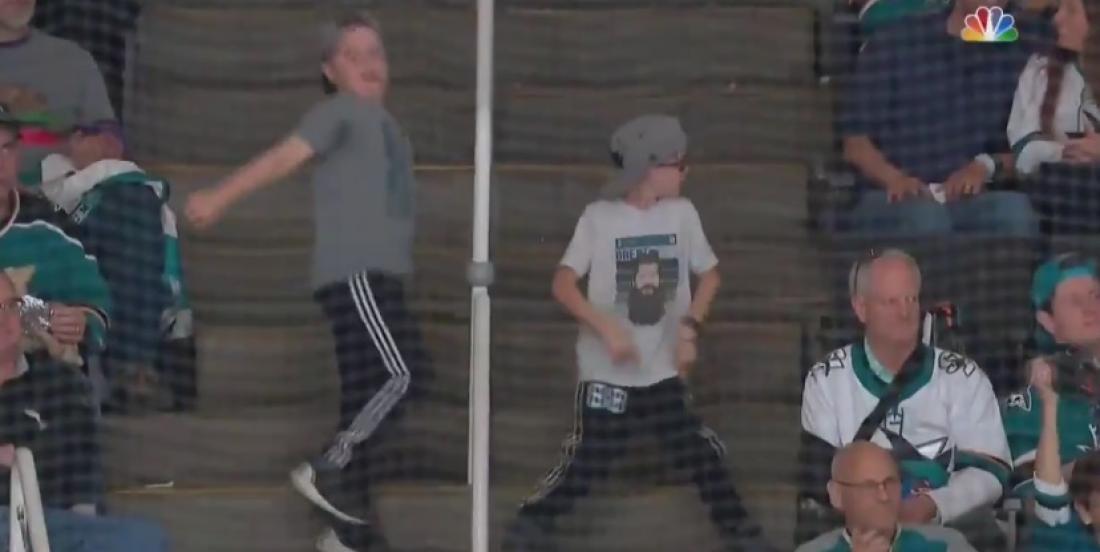 Well this is certainly a nice little advantage for the San Jose Sharks are staff to have.

As hockey fans all of us were bolted to our seats as we tuned in to Game 1 of the Western Conference Final on Saturday night and although all of us were focused in on the action taking place on the ice, there was plenty of action going on in the crowd as well. Any good event staff will try and get the crowd engaged as much as possible before the game, during the commercial breaks, and even after the game at times, but it seems the Sharks have got 2 little helpers who make that job considerably easier for them.

On Saturday night 2 young men stole the show as they became to dance on the stairs of the arena, showing off their fancy moves and likely incorporating a Fornite dance or 2 in their routines as well. I'm sorry but there are just so many of those things now that I genuinely can't tell who is or who is not doing a Fortnite dance, but given the age of these 2 I would imagine that this is likely the case here as well. Either way the crowd in San Jose was absolutely loving these 2 Sharks fans dancing up a storm, but as it turns out they are not simply your every day Sharks fans.

You see the two young men who were getting the crowd hyped up for Game 1 are none other than Nate Pavelski and Jagger Burns, 2 names that should be starting to mean something to you. Although the 2 young men are not well known themselves, they do carry names that have a lot of weight in the Sharks organization and that is no coincidence. The 2 are of course the sons of San Jose Sharks captain Joe Pavelski  and San Jose Sharks star defenseman Brent Burns, something that likely played a role in just how confident they were to busy a move out in the middle of the arena with the cameras rolling.

You could tell the dads on the Sharks bench were absolutely loving every second of it as well, which makes it all the more awesome.