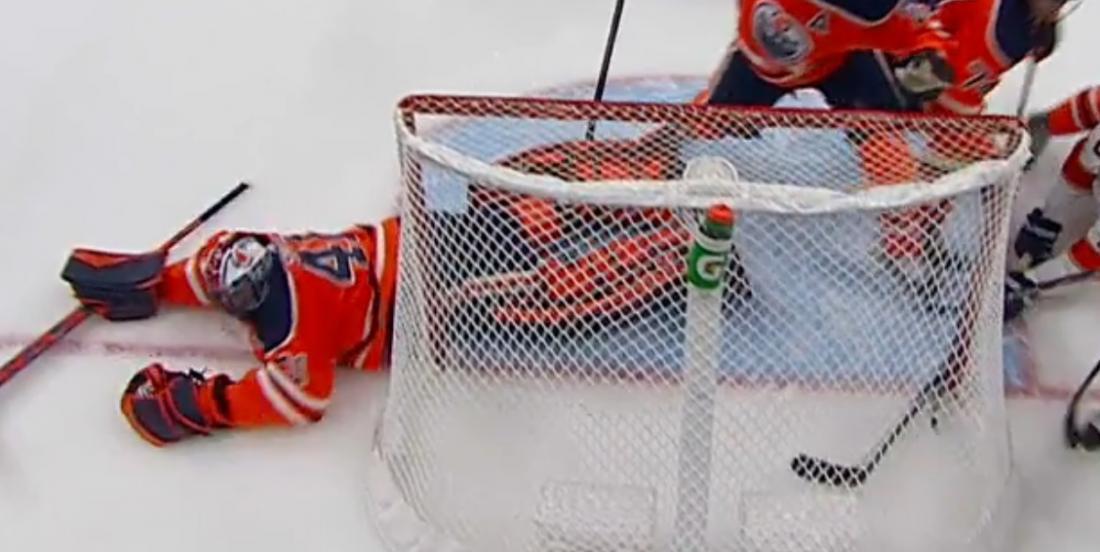 If you tuned in to the matchup between the Florida Panthers and the Edmonton Oilers on Sunday night then you probably noticed that Oilers goaltender Mike Smith suffered something of a mysterious injury at the end of the first period. Now to be clear it was obvious when Smith got injured, but was wasn't immediately apparent due to the replay angles provided during the broadcast was what exactly had caused the injury to Smith.

The subject of the source of Smith's injury became even more interesting during the game's second period due to the fact that Smith appeared to be rattled in his net, giving up two goals on just three shots from the Florida Panthers. Smith has since confirmed that the goals were unrelated to the injury he suffered in the first period, but you could hardly blame fans and pundits for drawing a line between the two events, as it turns out the reality of the situation was considerably worse for Smith.

The injury occurred when Florida Panthers forward Mike Hoffman fired off a slapshot from the faceoff circle and did so off a one timer, although Smith managed to make the save. It was immediately evident that Smith was in considerable discomfort and although he remained in his net following the shot he was showing signs of considerable pain while moving around in his crease. Following the game TSN's Mark Spector had a chance to catch up with Smith and asked him about the incident and here's what Spector had to say following that conversation.

"Turns out the injury to Mike Smith late in the first period came when he took a Mike Hoffman shot right off the cup," wrote Spector. "Smith said the three goals on the first three shots he faced in the second period had nothing to do with the injury."

Ouch. That's right apparently the rocket from Hoffman caught Smith right in the family jewels and in spite of his protective cup it seems like it caught him pretty good. I have no trouble believing Smith here either as the replays we have now seen leave no doubt as to where the puck struck the big Oilers goaltender, and it's a little hard not to cringe in pain when you see it in slow motion.