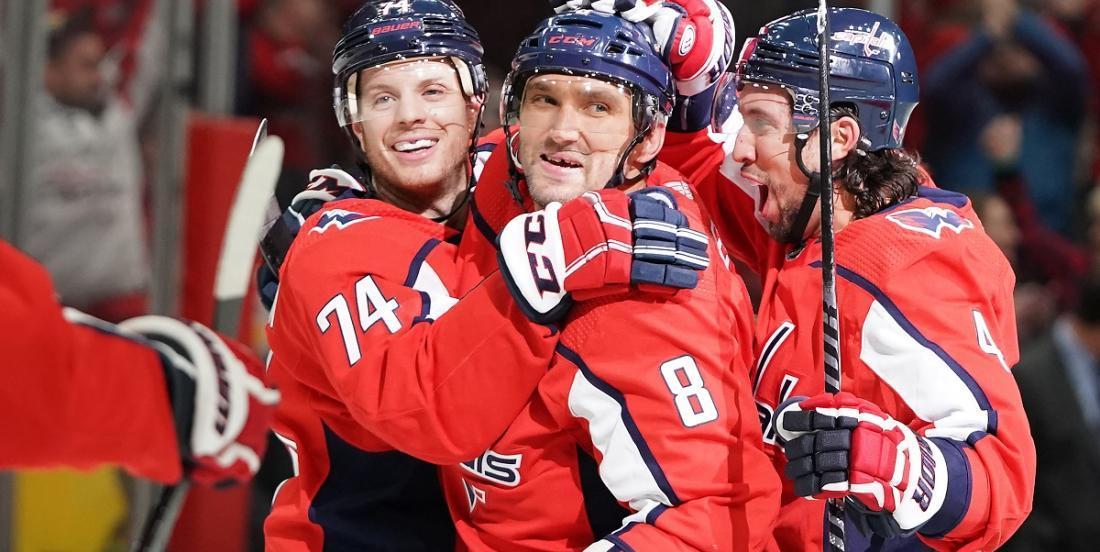 It was a long time coming but on Saturday night Washington Capitals captain Alexander Ovechkin finally reached a historic career milestone when he scored the 700th goal of his National Hockey League career against the New Jersey Devils. Fans had been anticipating the moment for several days and no doubt that means that Ovechkin himself was feeling the anticipation of the moment, and it may have even been weighing on him as he did seem to struggle, at least by his lofty standards, to find the back of the net throughout the month of February.

Keeping that in mind, it should come as no surprise then to learn that when the moment finally did come there was nothing but pure elation in his voice. Thankfully the Washington Capitals superstar was mic'd up for this rather historic moment and you yourself can relive it and here every sound bite as Ovechkin celebrated his 700th career goal with his Capitals teammates.

For those of you who missed it this goal will look so much like hundreds of goals you have seen Ovechkin score before, and given just how proficient he has become at scoring this way it should come as no surprise. Ovechkin was looking for number 700 when it came as he was floating around the faceoff circle, as he so often does, and was clearly waiting for a feed from one of his teammates before firing off his patented one timer. That pass did finally come while Ovechkin was smack dab in the center of that faceoff circle and Ovechkin wasted no time, keeping the puck on his stick for barely a fraction of a second as it was gone as almost as soon as it had reached him. The Capitals superstar even caught a bit of iron with this one as you could hear that all too familiar ring of the puck off of the post, but it didn't matter as the puck did indeed manage to find its way into the back of the net.

No doubt there will be plenty more goals from Ovechkin, and plenty more that will come in exactly this fashion, but based on this reaction this is one that Ovechkin will remember forever.