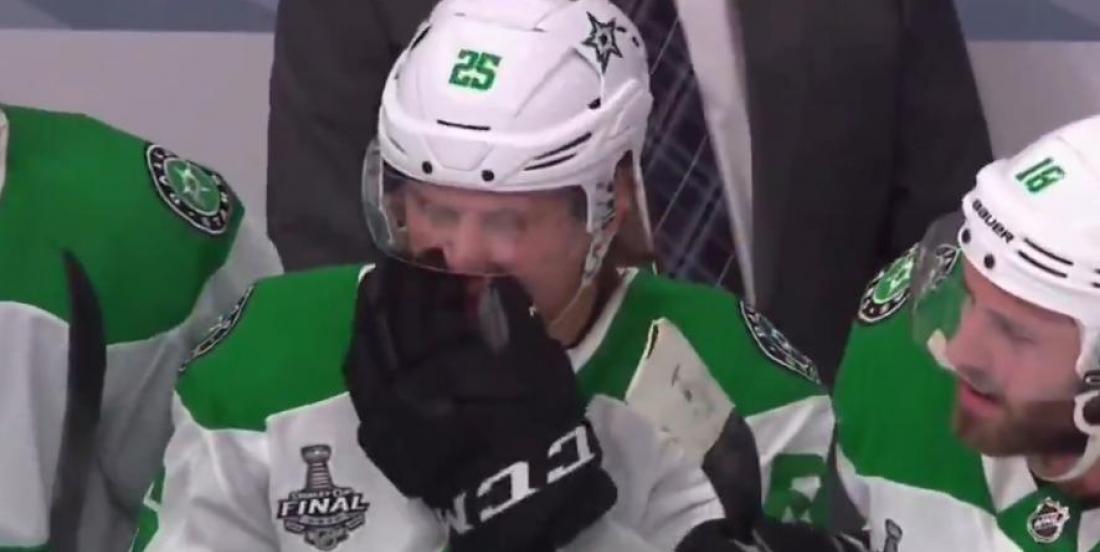 Tampa Bay Lightning forward Pat Maroon will be a topic of discussion following Game 1 of the Stanley Cup final but it will be for all the wrong reasons.

Maroon was assessed a 10 minute misconduct at the end of the game's second period on Saturday night when he fired a puck at the Dallas Stars bench and appeared to hit Stars forward Joel Kiviranta after the horn had already sounded to mark the end of the period. I say the puck appeared to hit Kiviranta because initially it seemed as though the young forward had been struck in the face given that he appeared to be clutching at his face after the puck was fired, but I have seen more angles now and I think the puck actually just missed him.

Regardless of whether or not Maroon's aim was true here is not the point, the point is of course that he very much tried to strike members of the Stars bench by firing that puck off and in theory could have even struck a coach that would not have been wearing any protective equipment. First let's take a look at the incident itself.

Here is the angle that has made me doubt that whether or not the puck struck Kiviranta:

Former National Hockey League goaltender Kelly Hrudey had some comments to share about the actions of Maroon during the intermission and needless to say he was not impressed. Hrudey also believes that the Lightning should have been assessed a team penalty as well, and added that he felt the Stars deserved a man advantage after the actions of Maroon.

Here are those comments with some additional angles as well.

All of this was of course made considerably worse as a result of the fact that it occurred when Maroon and the Lightning were down by a score of 3 - 1, making this look like very unsportsmanlike conduct on the part of Maroon. I suspect that Maroon will now have a big target painted on his back for the remainder of this series, although I also suspect that a player like Patrick Maroon is perfectly fine playing under those type of conditions.

This is far from over.