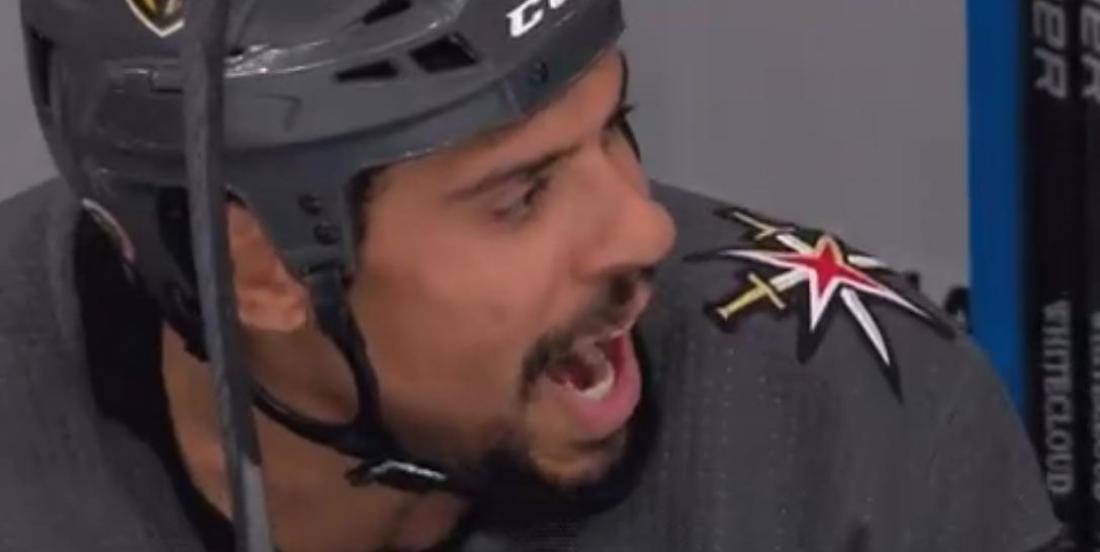 Las Vegas Golden Knights forward Ryan Reaves is having a blast out there tonight.

Reaves is one of the most feared men in the National Hockey League for good reason but despite the fact that he is a punishing physical presence on the ice and one of the true enforcers still remaining in the NHL, you can always spot him with a smile on his face. Game 1 of the Golden Knights second round series against the Vancouver Canucks has proven to be no exception thus far with Reaves capturing the comedic highlight of the night so far.

I'm not sure if Reaves was taunting the Canucks bench as a whole or if he was attempting to specifically call out Canucks forward Antoine Roussel, a player that Reaves has been shadowing all night long thus far at the instruction of Golden Knights head coach Peter DeBoer, but the way he was taunting them was hilarious. The camera caught Reaves making chicken noises at the Canucks bench and although the audio has been cut out of the video replay you can absolutely make out the noises he is trying to make simply by reading his lips.