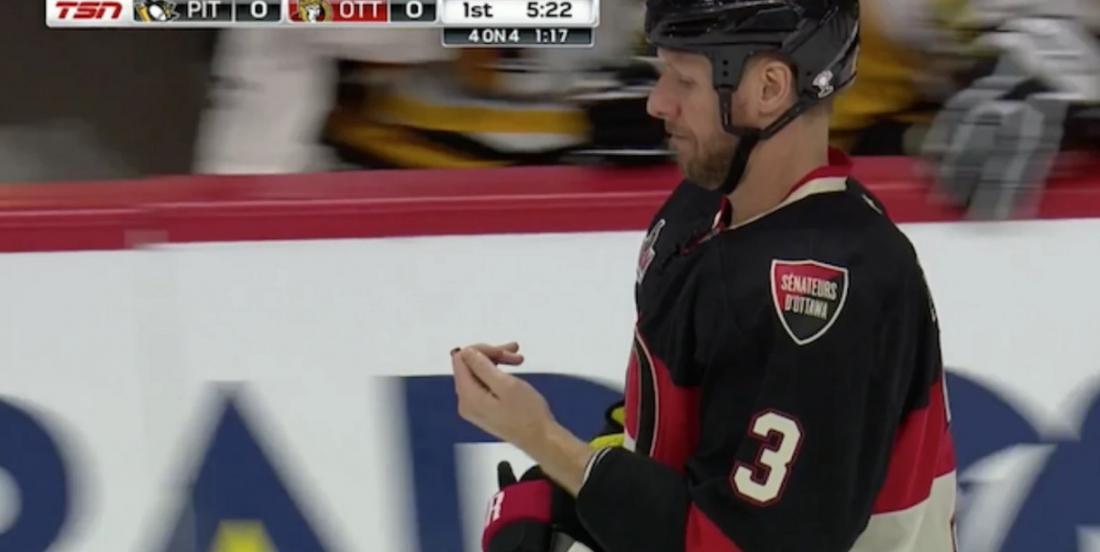 We are back with another throwback to give you your hockey fix in this time of desperate need and for this one we are going back to one of the most infamous moments in the rather amazing career of Pittsburgh Penguins captain Sidney Crosby. Being a star at the level that he is Crosby has always drawn the ire of rival fans who believe that the National Hockey League's officials often let him get away with more than they would for any other player, but on the night of March 23rd, 2017 that criticism reached a fever pitch.

Crosby and his Penguins were facing the Ottawa Senators that night and after just 15 minutes of play Crosby had eliminated arguably one of Ottawa's most impactful players by taking defensemam Marc Methot completely out of the game. Crosby delivered what can only now be described as a vicious slash given the results it produced, a slash that nearly severed the tip of Methot's finger clean off of his hand. The craziest part however was that, although the NHL officials blew the play dead, Crosby was spared the penalty box despite having cause serious injury to his opponent.

At the time then Ottawa Senators head coach Guy Boucher was very critical of the "two handed slash" delivered by the Penguins captain, angrily telling the media just how serious the injury to his player had been.

"Yeah, his finger is destroyed. It is shattered and he is out for weeks," said Boucher at the time of the incident.

For those of you who have somehow not seen this video yet I will have to warn you that the images you are about to see are not pretty in the least. When I say that Methot's finger was nearly severed that is exactly what I mean and you will see that very clearly when the broadcast crew that was working that day gives you a close up of the bloody mess that was Methot's finger.

One final note, to be fair to Crosby here that level of injury was out of character and while I have no doubt he intended to give Methot a good hack, I don't believe he intended to cause this degree of injury.