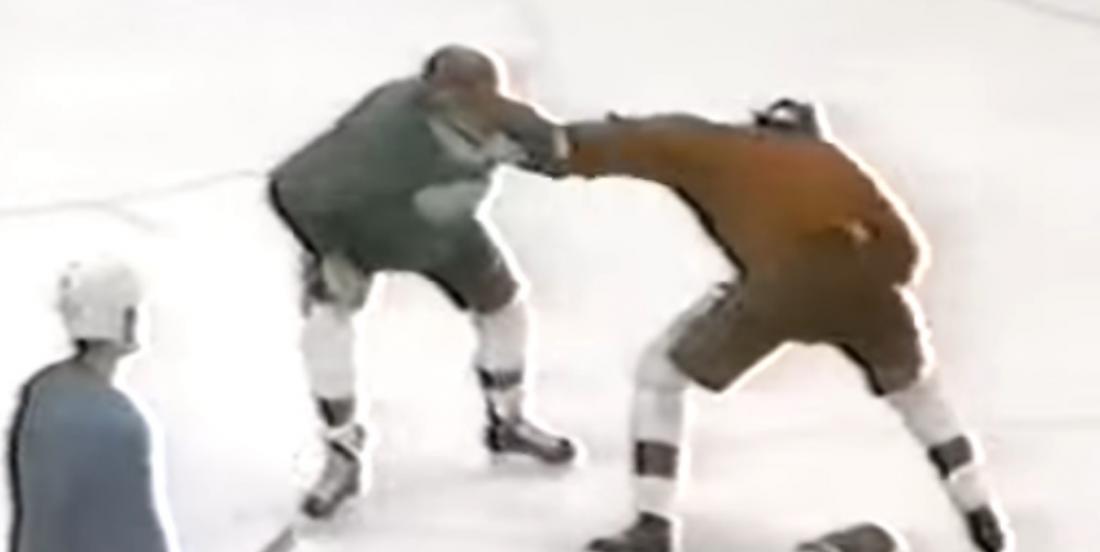 We've got a good one for you today.

For this throwback we take you back to what remains the iconic home of the Red Wings for many fans today, Joe Louis Arena. The Joe is the stage and January of 1994 was the date when two titans in the National Hockey League went toe to toe with one another. This is not like most hockey scraps of the past that you have seen however as this one has a rather unique twist, it occurs between a pair of teammates.

Now fights between teammates do happen from time to time but one of the teammates involved in this one was legendary National Hockey League pugilist Bob Probert, not exactly a guy even his most bitter opponents would challenge willingly. The other participant in this little dance however was no pushover in his own right as it was a young Keith Primeau in the prime of his young career at the time.

The story goes something like this. Probert was giving Primeau a ribbing about something that had happened either earlier during the practice session or during the previous game, and it rubbed the young Primeau the wrong way. To his credit the young buck decided to step up to one of the most feared men in the entire league and get his anger out the old fashioned way, and fared pretty well for himself. Although there may have been bad blood between the two coming into this scrap, by all accounts both men were on good terms with one another following the exchange.

Something tells me you wouldn't see things work out so amicably if something like this ever happened in the modern NHL.