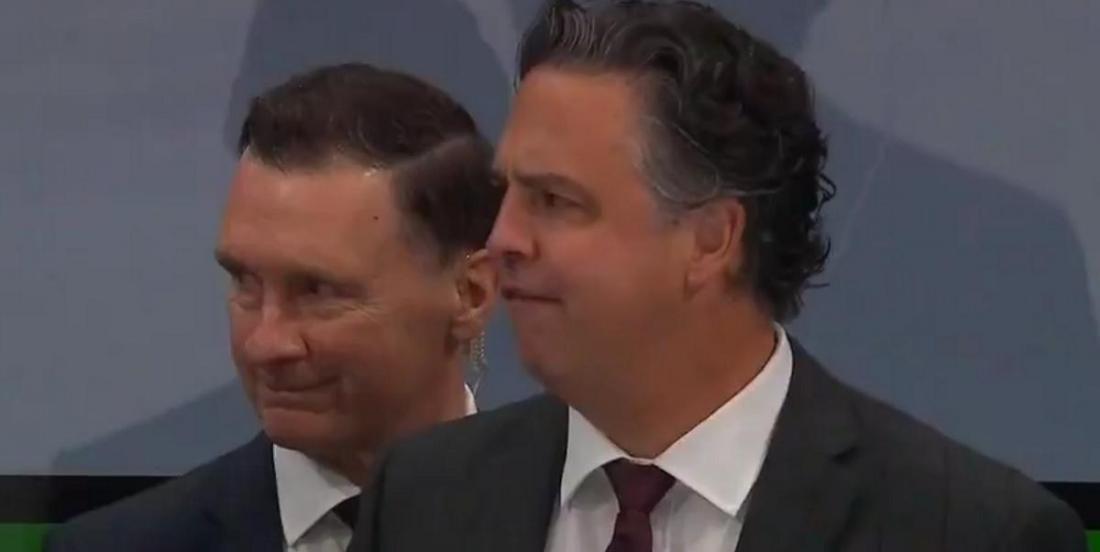 A hilarious interaction between Reaves and the Canucks head coach.

Las Vegas Golden Knights forward Ryan Reaves has a well earned reputation as one of the league's premier agitators and enforcers but usually he keeps his antics reserved for those on the ice. On Sunday night however Reaves decided to go the extra mile with his psychological warfare and dragged members of the Vancouver Canucks' coaching staff into the fray.

The cameras caught Reaves and Green going back and forth and although there was no audio of what the two men are saying, because the National Hockey League refuses to let adults have any fun, you can pretty easily make out the words they are mouthing on their lips.

I'm also pretty sure that Vancouver Canucks head coach Travis Green can be seen, much to my amusement, telling the aforementioned Reaves to "shut the f*ck up."

You can see it all for yourselves in the video below.