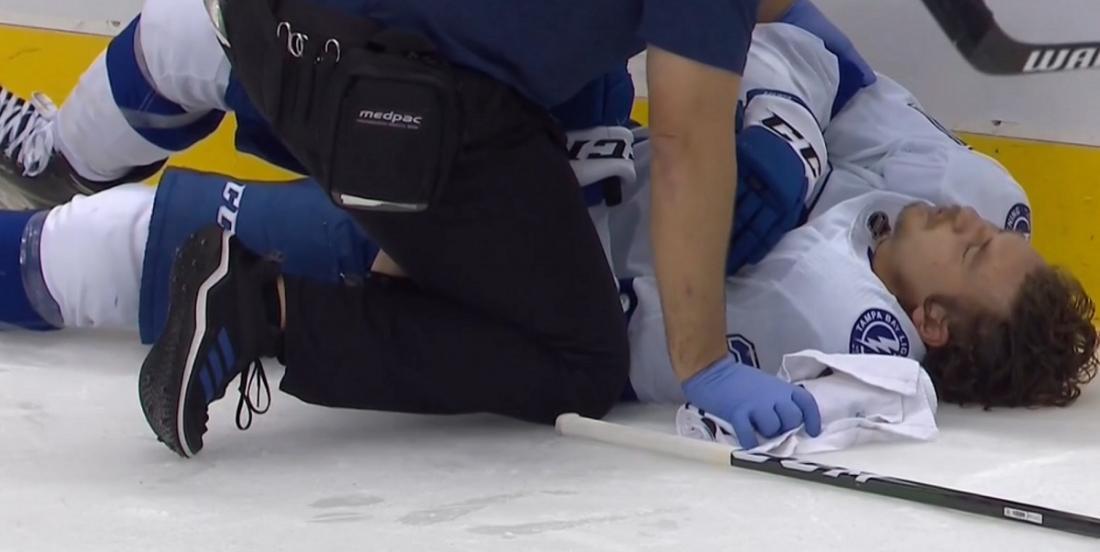 Oh boy there was no penalty on this play but you have to believe that Boston Bruins forward Nick Ritchie is going to be looking at a significant suspension as a result of this vicious hit.

There's honestly not a great deal to say here given just how blatant and awful this hit from behind on Tampa Bay Lightning forward Yanni Gourde and thankfully even fans of the Boston Bruins have been quick to condemn Ritchie, who has not been a very popular figure in Boston, for a pretty disgusting hit.

The replay angle provided below gives us the best look at how the hit transpired and again there's no question that this is not acceptable in the National Hockey League. As you can see Gourde gets rid of the puck a good while before Ritchie comes in and lays the hit on him and in fact the hit is so late that Gourde has already taken several strides up the ice and is admiring his pass when the hit finally arrives from Ritchie.

The absolute worst part of this impact though is that Gourde goes head and neck first into the boards and has very little time to protect himself from a hit that he could not possibly have anticipated. I just hope that he's going to be ok and I am very curious to learn just how much time off Ritchie will be getting from the National Hockey League's Department of Player Safety.