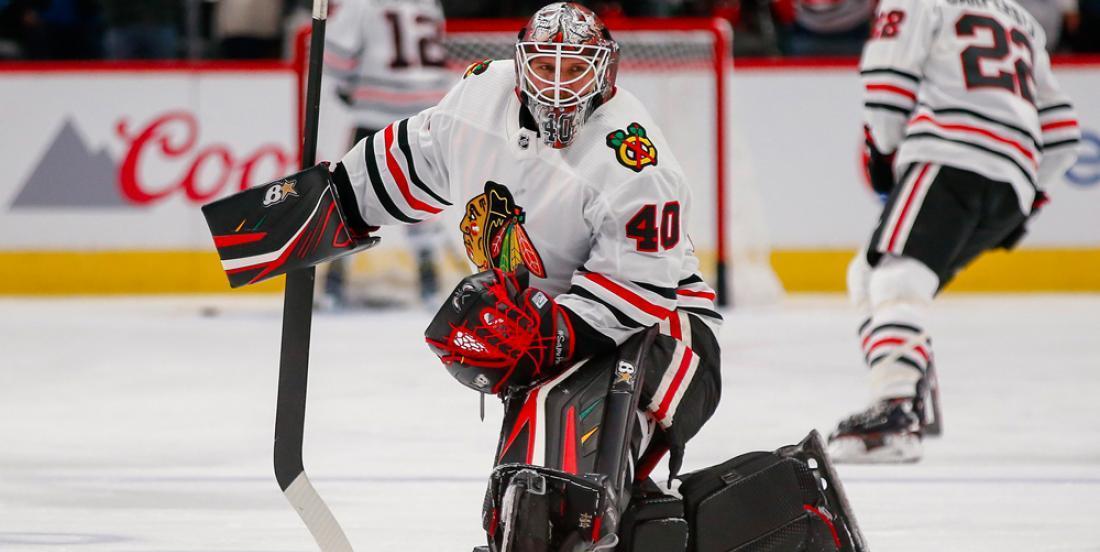 This just in, the Chicago Blackhawks have announced a whopping four signings today, re-signing forward Matthew Highmore and goaltender Kevin Lankinen and as well as rookie forwards Evan Barratt and Andrei Altybarmakyan.

Read below for the official press release announcement of today's signings courtesy of the Blackhawks' official website:

The Chicago Blackhawks announced today that they have agreed to terms with forward Matthew Highmore and goaltender Kevin Lankinen (LAHNK-ih-nehn) on contract extensions and forwards Evan Barratt and Andrei Altybarmakyan (ahl-tee-BAHR-MAHK-yehn) on entry-level contracts.

Highmore, 24, has split the 2019-20 campaign between Chicago and the Rockford IceHogs of the American Hockey League. He's appeared in a career-high 36 National Hockey League contests this season, tallying career highs in assists (4) and points (6) and tying a career high in goals (2) with the Blackhawks. In 21 games with the IceHogs this year, Highmore notched 12 points (4G, 8A).

Originally signed as an undrafted free agent on March 2, 2017 by Chicago, Highmore made his NHL debut with the Blackhawks during the 2017-18 season on March 1, 2018 at San Hose. He recorded his first NHL goal and point on March 10 at Boston. In 49 NHL games, Highmore has totaled four goals and four assists.

Lankinen, 24, notched an 8-10-2 record with a 3.03 goals-against average and a .909 save percentage with Rockford this season. He was named a 2020 AHL All-Star for the first time in his career. Lankinen won four of his first five games on the year, combining for a 1.99 GAA and .937 save percentage during that span. The netminder set an AHL franchise record with 55 saves on 56 shots in a 2-1 overtime win against Milwaukee on Dec. 10.

Last season, the Helsinki, Finland native made his North American professional hockey debut with the IceHogs on Oct. 5, 2018 vs. Cleveland. Lankinen led Finland to a gold medal at the 2019 IIHF World Championship, posting a 7-1-0 record with a 1.50 goals-against average and .942 save percentage during the tournament.

Selected by the Blackhawks in the third round (90th overall) of the 2017 National Hockey League Draft, Barratt recently completed his junior season at Penn State University where he shared the team lead with 12 goals and was second with 34 points in 34-regular season games.

A native of Bristol, Pennsylvania, Barratt was named First-Team All-Big Ten after his sophomore season. His 43 points (16G, 27A) that season were fourth in the conference, 13th nationally and the third highest single-season point total in program history, while his 16 goals shared ninth. His 1.34 points-per-game ranked fourth in the country and set a new Penn State single-season record.

Selected by the Blackhawks in the third round (70th overall) of the 2017 National Hockey League Draft, Altybarmakyan spent the 2019-20 campaign with HK Sochi of the Kontinental Hockey League and HK Tambov of the VHL. He posted KHL career highs in goals (6), assists (11), points (17) and games played (49) this past season. Altybarmakyan skated in three games for Tambov.

Altybarmakyan, 21, appeared in games for HK Sochi, SKA-Neva St. Petersburg of the VHL and SKA-1946 St. Petersburg of the MHL during the 2018-19 season. In 38 regular-season games with Sochi, Altybarmakyan notched six points (2G, 4A). He was named the KHL Rookie of the Week for the first round of the Gagarin Cup Playoffs after recording two markers and one helper in five games.

During the 2018 IIHF World Junior Championship, Altybarmakyan had one goal and two assists in five games with Team Russia.