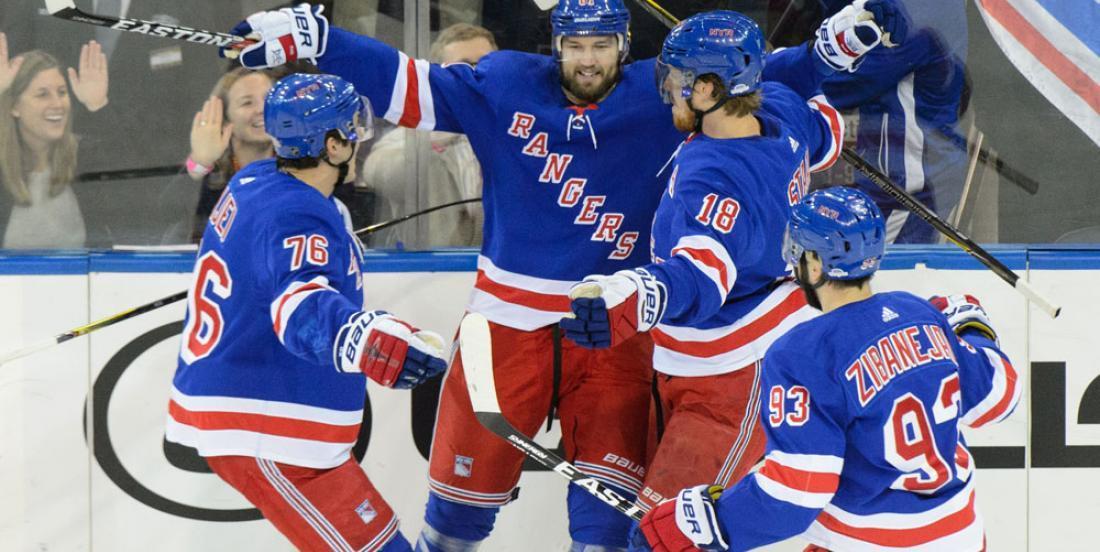 As if they weren't good enough already!

One of the most curious developments over the past couple weeks involves the New York Rangers, who decided to throw in the towel and sell off their free agents and even some veterans to build for the future. General manager Jeff Gorton traded multiple players over the past few days. Among them, 25-goal scorer Michael Grabner, who now plays for the New Jersey Devils, and 30-year-old defenseman Nick Holden. And it looks like he may not be done just yet.

According to various reports from a number of NHL insiders, star forward and former 42-goal scorer Rick Nash is on the verge of being traded. But while there are multiple organizations willing to acquire him, Darren Dreger, Bob McKenzie  and even Elliotte Friedman confirmed on Twitter just minutes ago that the Boston Bruins are currently the frontrunners to land the talented forward:

However, The Fourth Period's David Pagnotta mentioned on Twitter that it would not be easy to pull such a complicated deal, considering Boston doesn't have a lot of cap room:

We reported earlier this week that the Rangers had decided to remove Nash from the lineup, just prior to their game against the Montreal Canadiens. New York Rangers insider Brett Cyrgalis, of the New York Post, called this a "precautionary" measure due to the fact that the Rangers wanted to make sure he wouldn't get injured.

Rick Nash played a grand total of 1049 NHL games since he was drafted first overall in 2002 by the Columbus Blue Jackets, in which he recorded 434 goals and 799 points. This year, he amassed 28 points in 60 games. He is currently in the last season of an eight-year, $62.4-million contract.

Bob McKenzie makes a shocking statement concerning a future  Erik Karlsson trade  Evander Kane is sitting out tonight's game, trade is definitely coming
RUMOR: Montreal Canadiens to ship veteran player to a Western Contender
Must See: Both the Flyers and the Avalanche have scored a goal from center ice today!
Steven Stamkos drops the gloves after his opponent hit Kucherov!