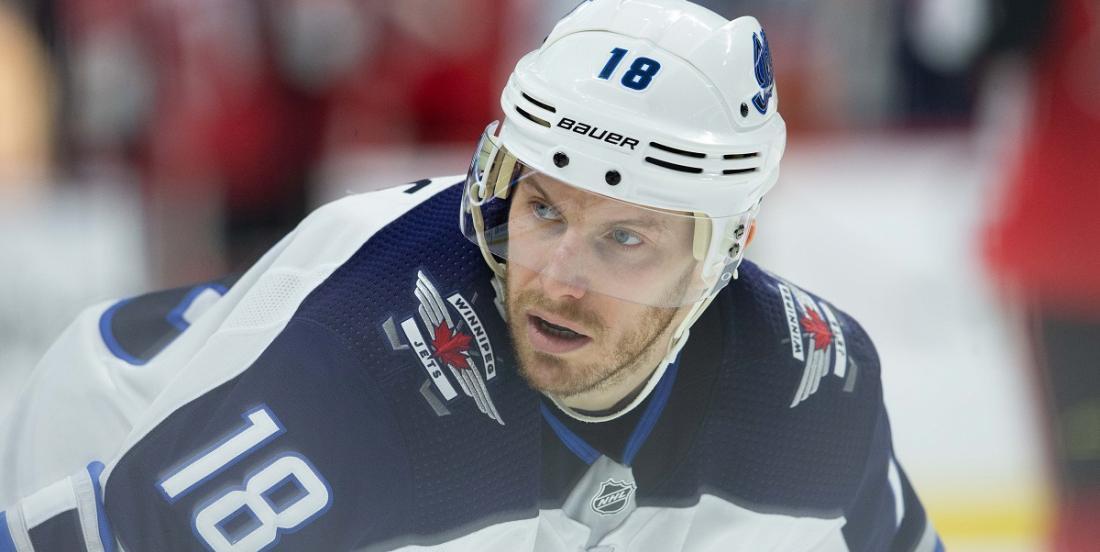 The Winnipeg Jets have just suffered a very tough blow.

According to a report from Winnipeg Jets beat writer Ken Wiebe of The Athletic, veteran center Bryan Little has suffered a serious injury and will be shut down for the remainder of the 2019 - 2020 National Hockey League regular season as a result. Wiebe reports that the 32 year old forward underwent a battery of tests, some of which even yielded positive results, prior to the team determining that he needed to be shut down for the rest of the campaign.

Little has played just 7 games during the current season as the result of an injury he suffered all the way back in November of 2019. During a match up against the New Jersey Devils the veteran forward was struck by a puck to the head and he has remained out of action ever since that incident. There was some hope that Little would return to the lineup after he was cleared to play roughly one month ago, however that is now out of the question. It is a huge blow to a team that is fighting for their playoff lives this season, a team that has already been decimated by injuries and by the ongoing saga with veteran defenseman Dustin Byfuglien.

According to Wiebe it sounds like a perforated ear drum is the source of the problem here and Little will now have to undergo a surgical procedure to repair the damage that he suffered when he was hit by that puck. There will be a recovery period of approximately 3 months following the procedure which will now guarantee that Little will not play this season. I suppose the good news here is that Little should be ready to go for the 2020 - 2021 NHL season and the training camp that will take place prior to that season getting underway, but that is a very thin silver lining if there is one here at all.

Little was off to a great start prior to the injury with 2 goals and 3 assists as well as a plus minus rating of +4 through his only 7 games played in this current season.