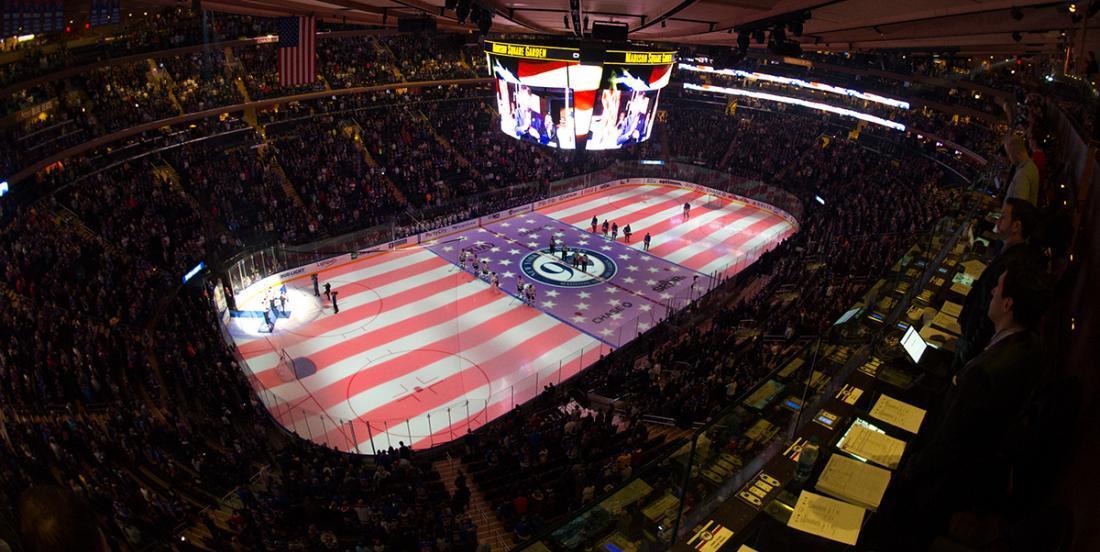 Anthem controversy? Not in the NHL!

With widespread protests throughout the NFL the past two weeks, football fans, whether they like it or not, drawn into heated political discussions. With NFL stars like Colin Kaepernick electing to “take a knee” during the signing of the Star Spangled Banner in protest against racism and police brutality in the country, many fans turned their back on the league and the sport for disrespecting the national anthem.

The biggest critic of the NFL protests? President Donald Trump. Everyone knows now how Trump blasted the NFL, players like Kaepernick and the entire spot for disrespecting the Star Spangled Banner. In stark contrast were the President’s words last night as he praised both the Chicago Blackhawks and St. Louis Blues for standing and respecting the anthem last night in St. Louis.

What do you think? Is it only a matter of time until an NHL player comes out in protest of the anthem? Or, will the NHL distance itself from political situations like this?