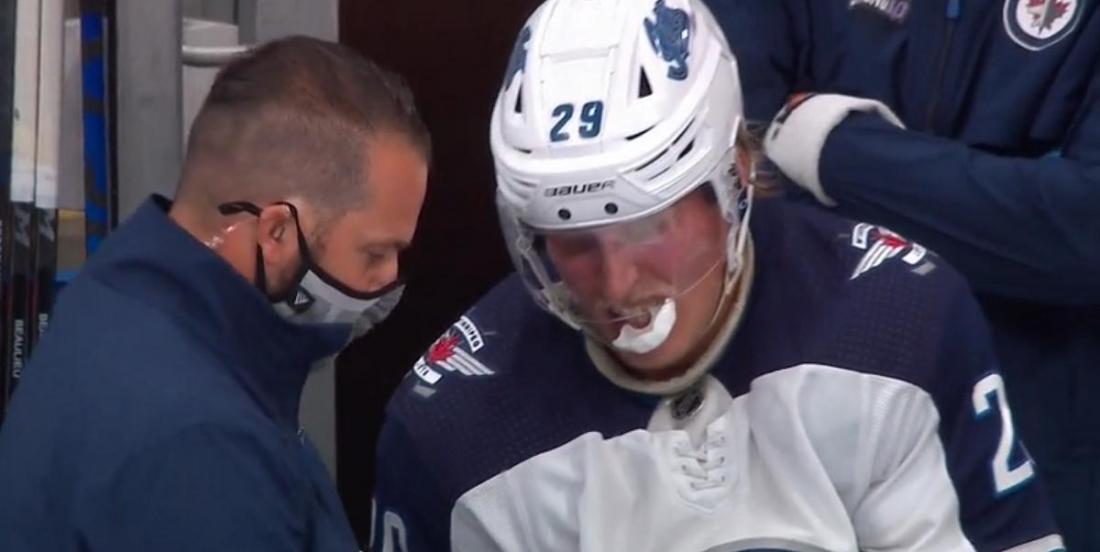 Bad night for the Jets.

The winnipeg Jets lost veteran forward Mark Scheifele to a gruesome looking injury earlier in the night but it seems like the hockey gods do not feel the Jets have suffered enough.

Although we still have very little details it now appears as though the Jets may have also lost forward Patrik Laine and once again it would appear that an injury is the cause. Laine was involved in a collision with Calgary Flames captain Mark Giordano during the game's third period, and as a result of that collision Laine appeared to be favoring his left hand or wrist. The Jets athletic training was seen looking at the injury on the bench, but Laine quickly retreated to the locker room and at the time of this writing has not yet returned to the ice.