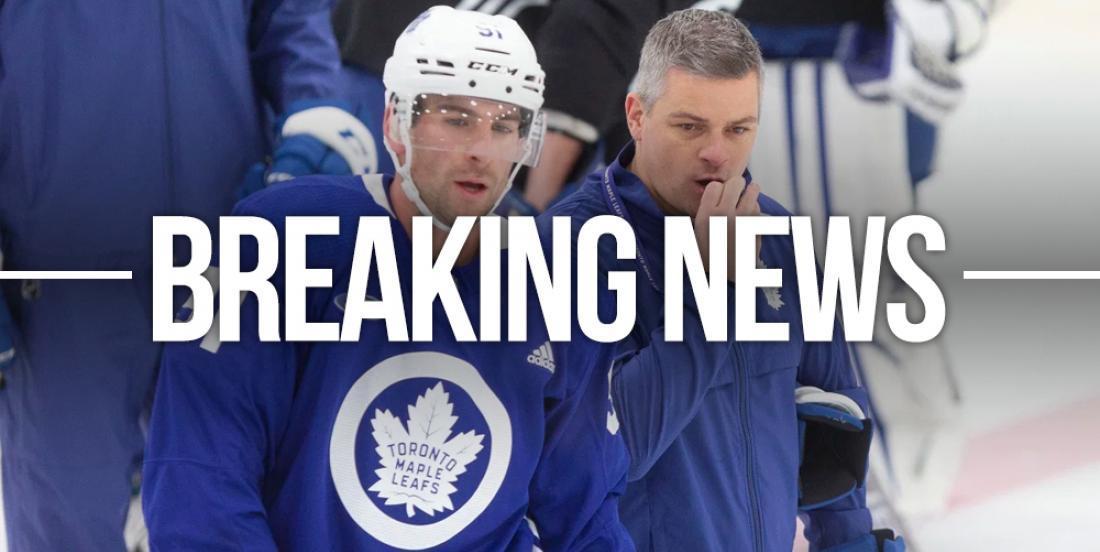 The Toronto Maple Leafs have announced the hiring of two coaches to join head coach Sheldon Keefe's staff for the 2020-21 season.

The Toronto Maple Leafs announced today the hiring of Sam Kim as the club’s video and coaching coordinator. Kim previously served as video coordinator with the Bakersfield Condors of the AHL for the previous two seasons.

The club also announced Jordan Bean’s contract was renewed while his title has changed to video coordinator and statistical analyst.

The Leafs’ coaching staff now consists of Keefe assistant coach Dave Hakstol, goalie coach Steve Briere and today’s additions of Kim as video coach and Bean as statistical analyst. Judging by these titles only Keefe and Hakstol will be behind the bench during Leafs games in 2020-21. Rumours are flying all over Leafs Nation that former Minnesota Wild, Anaheim Ducks and Washington Capitals head coach Bruce Boudreau will be hired as an assistant coach at some point this offseason.

The Maple Leafs have an opening on their coaching staff, as power play specialist Paul McFarland heads to OHL Kingston. Out-of-the-box thought: Bruce Boudreau. He will want to be a head coach, first and foremost. That’s what he is. However, he’s always had a fascination with the team he grew up watching and played for.

I have to say, it's an intriguing proposition and not entirely without merit.

The Toronto Sun's Lance Hornby also reported that Boudreau himself has expressed interest in the position.

The 65 year old Boudreau has been coaching pro hockey since 1990 and been in the NHL since 2007-08. He's a Jack Adams Award winner and has run the bench for the Wild, Ducks and Capitals as mentioned previously. Throughout his career though he has openly maintained his fandom for the Leafs. He's Toronto born and bred and he'll unabashedly show his support for the Leafs to anyone. Again... seems like the perfect fit. Thoughts, Leafs fans?