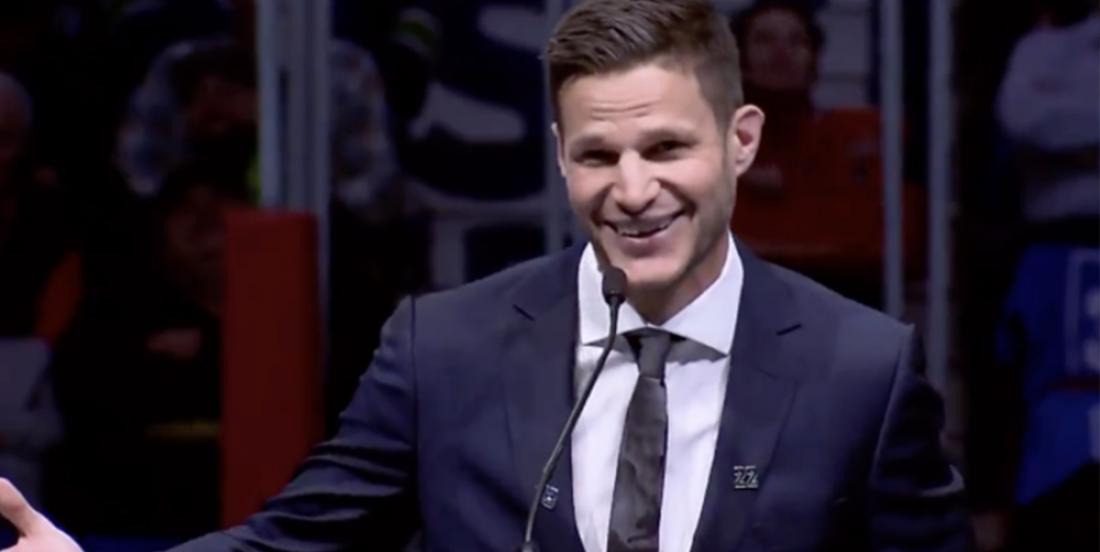 Hire this guy to do the NHL Awards! He’s a natural!

Canucks legends like Trevor Linden, Markus Naslund, Matthias Ohlund, Roberto Luongo, Ryan Kesler and Alex Burrows were all in attendance for the festivities, but it was Kevin Bieksa who really stole the show. Bieksa, who goes by the nickname Juice with his former teammates, was absolutely on FIRE last night and had chirps for most of his former teammates.