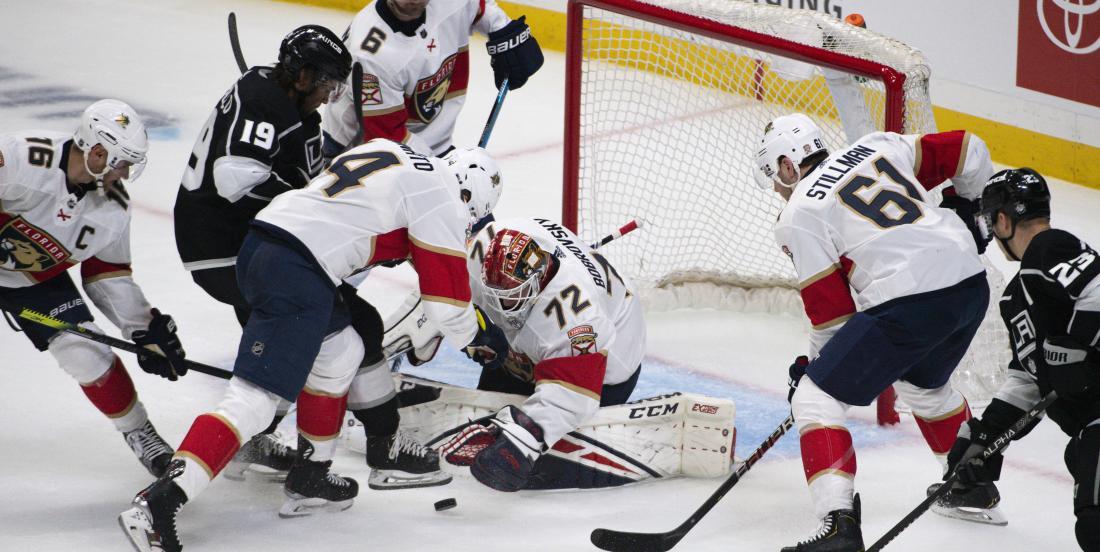 One thing that seems to have been lost in the whole suspension of the NHL season due to COVID-19 concerns is the fact that many people are out of jobs and not getting paid while arenas are shut down. There's now word that Florida Panthers goaltender Sergei Bobrovsky and the rest of the team are pitching in to ensure staff at BBT Centre aren't going without during the shutdown.

George Richard, who covers the Panthers for The Athletic, reports that Bobrovsky is donating $100,000 of his own money to make sure all part-time staff who work at BB&T Center get paid during this hiatus. His teammates will match that $100,000 with ownership putting in whatever else is needed. What a gesture!

Richard says when the Panthers landed in Fort Lauderdale yesterday they talked about doing something for those who work at the arena on a nightly basis. They started calling and texting today and got this done.

Other arenas are taking steps to ensure employees keep getting paid during the shutdown, which is great news. The reality is, concession and other arena staff don't make a lot of money as it is so not getting paid for any amount of time could put many in a very difficult decision. As an example, the ownership group of the Tampa Bay Lightning is compensating part-time employees through the end of March, including NCAA tournament games and other events at Amalie Arena. It is also launching a program for assistance through grants for anyone facing hardships due to the shutdown.

Ted Leonsis, owner of the Washington Capitals, is doing the same for staff at Capital One Arena.