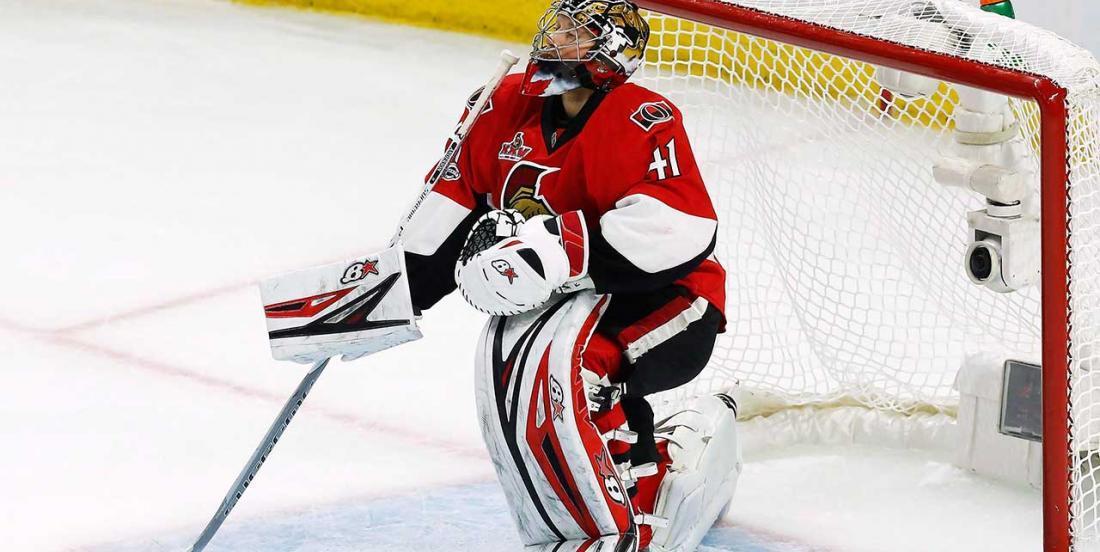 The Ottawa Senators were giving the New Jersey Devils a hard time on Tuesday night. And then, bad luck fell upon the Canadian team.

With less than five minutes left in the third period, Mike McKenna came in between the pipes for the Senators as starter Craig Andersen mysteriously left the game during a television timeout.

The game was presented on TSN and the broadcast team showed a replay of Andersen's last save before his exit, in which he seemed to have suffered some type of injury on the play.

McKenna finished the game, which the Senators won by the score of 7-3 over the Devils. However, if head coach Guy Boucher is able to give an update on Anderson's condition after the game and it turns out to be a serious one, it would just be another nail in the team's coffin as Ottawa has taken a lot of blows lately.

The latest scandal of course is the viral video released last night, several players of the Ottawa Senators openly joked about their penalty-killing abilities, mocked one of their coaches, Martin Raymond, and laughed at the ineffectiveness of special-team meetings in a candid video from their Uber car ride during a team’s road trip. The video — since taken down — appears to have been shot in Phoenix on Oct. 29 or 30 during the team’s western road swing. While forward Mark Stone revealed that the team was aware of the video before it went viral, it does not change the fact that head coach Guy Boucher feels embarrassed by its content and takes it personal.

We will give you an update on Anderson as soon as we have one.

UPDATE: Guy Boucher mentioned after the game that Anderson left for precautionary reasons. He added that they will be evaluated again tomorrow but they “should be fine.”