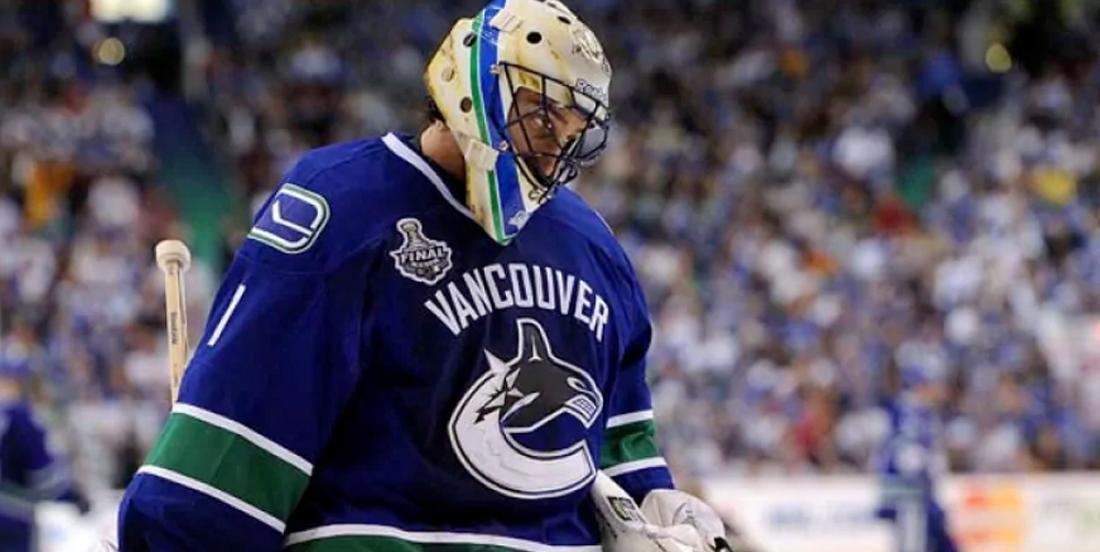 In his new book titled 'Burke's Law', former NHL executive turned analyst Brian Burke spills the beans on some behind the scenes stories from his decades long career. Quite frankly, I CANNOT WAIT for this book to come out later this month. I've heard Burke tell countless entertaining anecdotes throughout the years and I'm sure he's got a few gems in this book that I've never heard before.

Dave Feschuk of The Toronto Star evidently has an advance copy of the book because in his latest column for The Star, Feschuk compares the Toronto Maple Leafs' goaltending situation to the goaltending situation the Leafs faced under Burke when Burke was the team's GM. Unless the Leafs can solve their issues in goal, says Feschuk, then GM Kyle Dubas is likely to suffer the same fate that Burke suffered. In other words: he'll be canned unless he gets a better goalie.

Burke himself says that's exactly what did him in. Burke claims that Leafs owner Larry Tanenbaum told him, “You didn’t solve our goalie problem here,” on the day Burke was fired.

The thing is... Burke had an opportunity to upgrade his team's goaltending. And the opportunity came in the form of one of the game's all-time greats in Roberto Luongo. This is back in 2013 when the Vancouver Canucks were desperately trying to offload either Luongo or youngster Cory Schneider and Burkey and the Leafs were interested. You may recall that there were rumours abound that Luongo would only waive his no-trade clause to go to Toronto or the Florida Panthers.

The Leafs were in the running and then... nothing. Trade deadline came and went and Luongo was still on the Canucks. It wasn't until a few months later that the Canucks solved their logjam in net by trading Schneider to the New Jersey Devils.

Well according to Burke the asking price was simply too high. “We were all in hard on Luongo around the time when I got fired,” says Burke. “The price would have come down to a lot but we were in the mix.”

But Burke goes further and insists that, if he wasn’t axed on account of his cussing or Bell’s meddling, it was his refusal to more than once pay an exorbitant price to acquire Roberto Luongo that ultimately did him in. According to “Burke’s Law,” it was Dale Lastman who urged him — nay, screamed at him — to acquire Luongo, a transaction Burke insists would have been hare-brained given how at one point Luongo’s employer, the Vancouver Canucks, were asking for Nazem Kadri, Jake Gardiner and two first-round picks.

Ouch. That IS a steep price. Nazem Kadri and Jake Gardiner were two VERY widely regarded prospects back in 2013. And we can assume that the draft picks in play were the Leafs' 1st rounders in 2013 and 2014 which ended up becoming Frederik Gauthier and William Nylander. So... Kadri, Nylander, Gardiner and Gauthier for Luongo? No wonder Burkey walked away... even if it cost him his job the next season when James Reimer proved incapable of rising to a Luongo-like level.