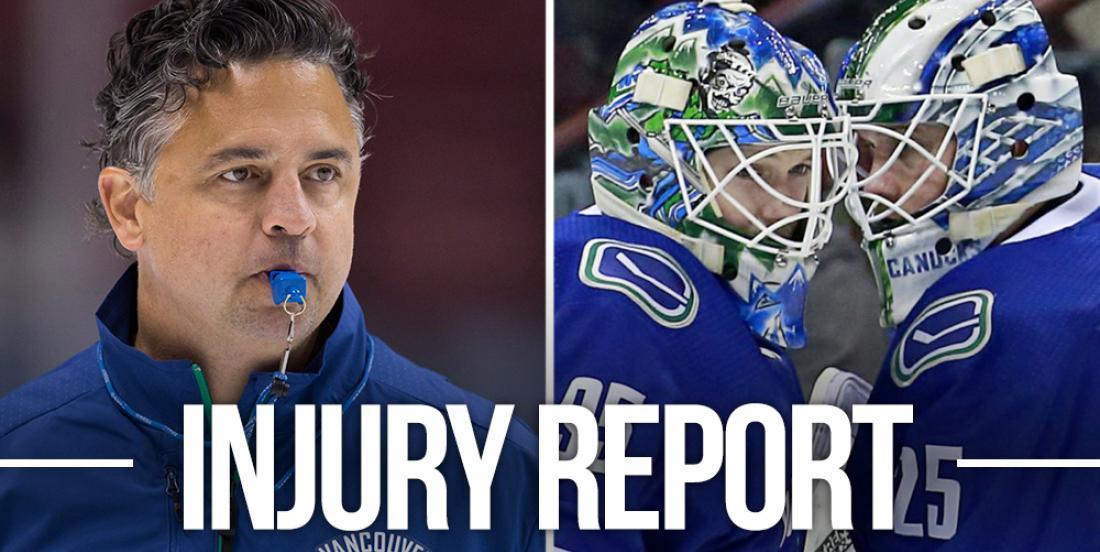 Vancouver Canucks goaltender Thatcher Demko was absolutely incredible when thrust into action on Tuesday night in Game 5 of his team's second round playoff series against the Vegas Golden Knights.

The Canucks were forced to turn to the 24 year old backup goaltender after it was determined that starting goaltender Jacob Markstrom was "unfit to play" due to a lower body injury. Aside from a one period stint in relief of Markstrom last round against the St. Louis Blues, Demko hadn't played an NHL game in over five months. So what does he do? Earns 1st star status with an incredible 42 save performance to earn his first career NHL playoff win.

So... what happens tonight in Game 6?

Is Markstrom good to go? Even if he is, will Canucks head coach Travis Green turn to Demko again? I mean how do you pull a sit the guy who just put up such an incredible performance. It's a predicament for sure and it'll be interesting to see what Green ends up doing. Unfortunately though, it looks like we'll have to wait until game-time to see what transpires, as Green flat out refused to give reporters an update on Markstrom's status for this evening.

If Markstrom cannot dress, it's expected that third stringer Louis Domingue will dress as Demko's backup as he did on Tuesday night for Game 5. If Markstrom can play though, it really makes things difficult for Green. Do you start your team's regular season MVP in Markstrom or the guy who just pulled your team's ass out of the fire?

For what it's worth, the 24 year old Demko is clearly the team's goaltender of the future. The 30 year old Markstrom is a pending unrestricted free agent whose future with the team is very much up in the air. It's unlikely that this will factor into Green's decision making though. After all, his focus is on winning tonight's game and nothing else. But you have to imagine that general manager Jim Benning will be in close contact with his coach regarding tonight's starter.

What's your call? Demko or Markstrom?