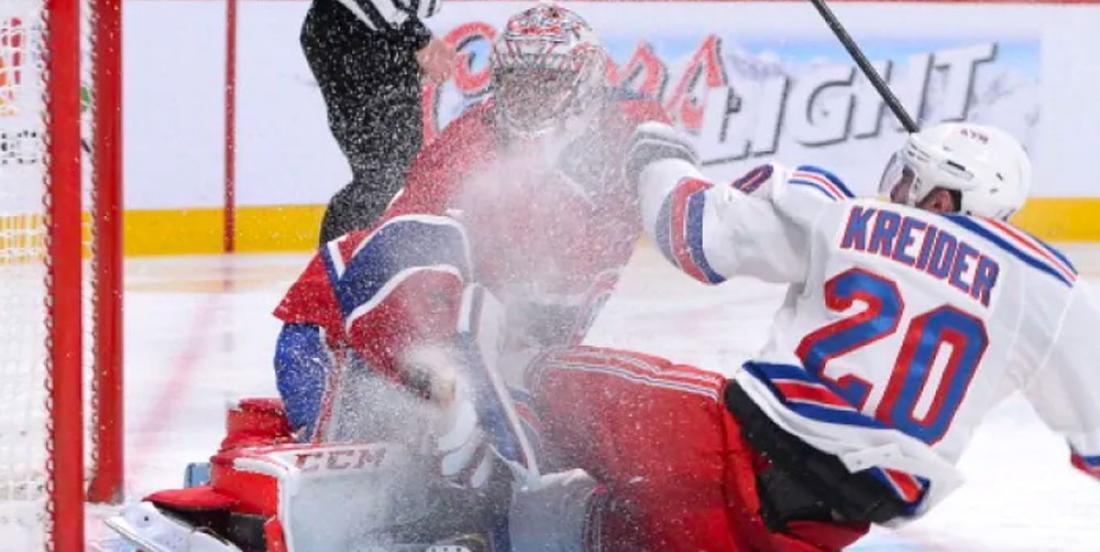 Chris Kreider’s former coach accuses him of being dangerous!

Chris Kreider was in the midst of an excellent regular season when he suffered a broken foot while blocking a shot against the Philadelphia Flyers on Feb. 28. If the pandemic did one good thing, it was to give the forward time to heal and be ready for action when play resumes for the 24-team playoff tournament.

The New York Rangers will be facing off against the Carolina Hurricanes and, in the meantime, hockey folks can only analyze what’s been done in the past to get a better idea of what’s to come.

Well, on TSN 690, it turned ugly for Kreider when one of his former assistant coach Dan Lacroix talked about him.

In Montreal, fans still remember when Kreider knocked Canadiens’ goalie Carey Price out of the 2014 Eastern Conference finals with a lower-body injury. On the play, the Rangers’ winger was slashed by defenseman Alexei Emelin during the second-period breakaway in which Price was injured whe he was run over, blade first, by Kreider. Montreal ultimately lost the series in six games.

Lacroix seems to agree with Habs fans that still call Kreider a “crease crasher”, accusing his former player some more.

“Kreider was dangerous even in practice. I will leave it as that.”

Lacroix, who was the assistant coach in New York in 2013-14, explained how Kreider is always so intense even in practice, which helped him become the player he is today.

While noting how dangerous Kreider can be on the ice, let’s blame his passion for the game, Lacroix is adamant that the winger never meant to hurt Price back in 2014.

That should help some fans get over it. Right?