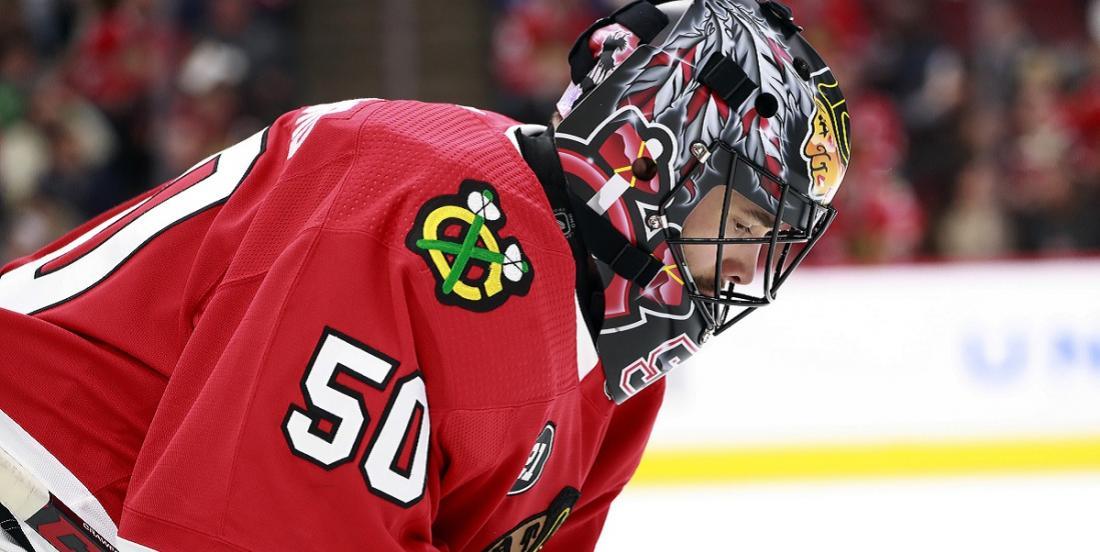 Crawford not happy with the decision from the Blackhawks.

This has been a pretty tumultuous offseason for many teams and their respective fan bases so far, and in many that has meant some pretty ugly breakups between veteran players and their former teams. Perhaps the biggest story in the news right now surrounds the future of Alex Pietrangelo, the former captain of the Blues, after the Blues all but shut the door on a possible return, but he's far from the only one experiencing a divorce of this nature.

Veteran goaltender Corey Crawford signed a new deal with the New Jersey Devils on Friday but to hear him tell his side of the story it sounds like he would have much preferred to remain in Chicago. Blackhawks insider Scott Powers revealed on Saturday that Crawford was "devastated" when he learned that the Blackhawks would not be bringing him back for another contract and I can hardly blame the guy. Crawford was drafted by the Blackhawks all the way back at the 2003 NHL Entry Draft and has remained a member of the Blackhawks organization ever since. Crawford spent his early days with the Rockford IceHogs of the American Hockey LEague, but by the 2010 - 2011 season he had become the Blackhawks starting netminder, and remained in that role until signing with the Devils on Friday.

So what happened? Well it seems to have been a combination of factors if we listen to Crawford's side of the tale. Based on what he said it sounds like Crawford would have turned down the initial offer from the Blackhawks with negotiations all but stalling after that initial offer, perhaps a sign that the Blackhawks were ready to move in a different direction.

Crawford's legacy with the Blackhawks will end at 488 career games in which he recorded a 2.45 goals against average and a .918 save percentage, but of course he will be best remembered for the championship glory he helped bring to the city in both 2013 and in 2015 as the Blackhawks goaltender during their run to those Stanley Cup championships.

The choice to move on from Crawford will likely not be a popular one among some segments of the Blackhawks fan base, but given Crawford's recent health issues as well as his relatively advanced age for a player in the NHL, I can see why the Blackhawks made the decision that they did at this stage of his career.