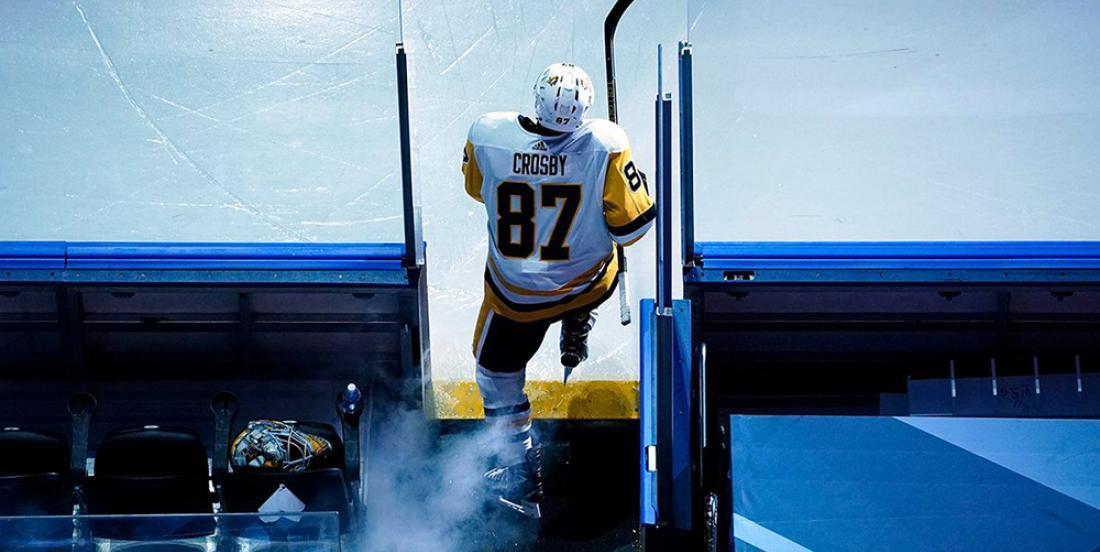 The Penguins captain clearly wasn't at his best this playoffs and now it makes total sense.

The Pittsburgh Penguins have announced that superstar captain Sidney Crosby has undergone arthroscopic wrist surgery. His recovery is expected to take three to four weeks.

Crosby and the Penguins of course bowed out of the NHL's Qualifying Round series after a dismal showing against the underdog Montreal Canadiens. Crosby managed to muster two goals and three points in just four games this post-season and it was clear that he wasn't at 100% health. Today's news suddenly illuminates why Sid the Kid wasn't at his best.

It was a trying season for Crosby in 2019-20 as he missed most of the regular season campaign after undergoing an unrelated surgery, this time to repair core muscles in his abdomen. When he returned though, Crosby was his usual self potting 16 goals and 47 points in just 41 games. Still, that represents his lowest point total since the 2012 season. Sure, he was over a point per game, but it's clear that if the Penguins are going to be successful then they'll need a healthy Sidney Crosby in the lineup each and every night. That simply wasn't possible in 2019-20, but with today's news of yet another surgery let's hope that Crosby will be back at 100% when the puck drops on the 2020-21 season.

After all, who knows how many more kicks at the can Crosby and this Penguins group have? The player they call "Sid the Kid" is now a 33 year old veteran of 15 NHL seasons and is no spring chicken anymore. Teammates Evgeni Malkin and Kris Letang aren't getting any young either. It'll be interesting to see what kind of changes GM Jim Rutherford makes to his roster this offseason.

Read below for the full press release announcement courtesy of the Penguins' official website:

Recovery time is expected to be three-to-four weeks.