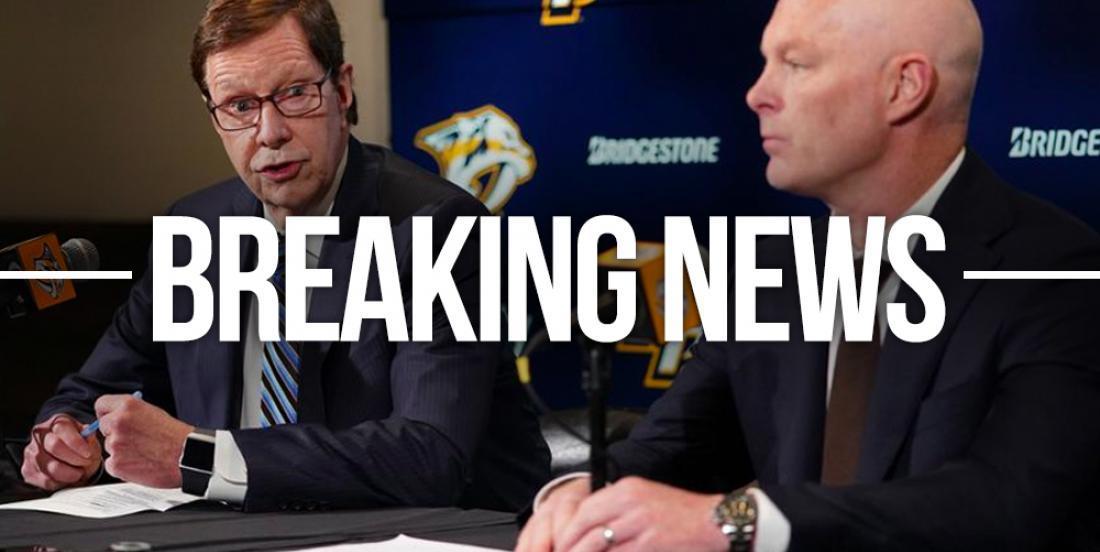 The veteran GM begins his offseason with a slew of difficult decisions.

This just in, Nashville Predators general manager David Poile has announced that assistant coach Dan Muse will not be with the team moving forward and that defensive development coach and former NHLer defenseman Rob Scuderi will remain on head coach John Hynes' staff in 2020-21. The team will immediately begin a search for a new assistant coach.

Nashville Predators President of Hockey Operations/General Manager David Poile announced Monday that Rob Scuderi will return, as planned, to his role as Defense Development Coach and that the contract of Assistant Coach Dan Muse will not be renewed for the 2020-21 season. The organization will begin the search to fill vacant coaching roles effective immediately.

In any case, it certainly seems like more changes are afoot in Smashville, TN. Hang on to your butts, Preds fans.