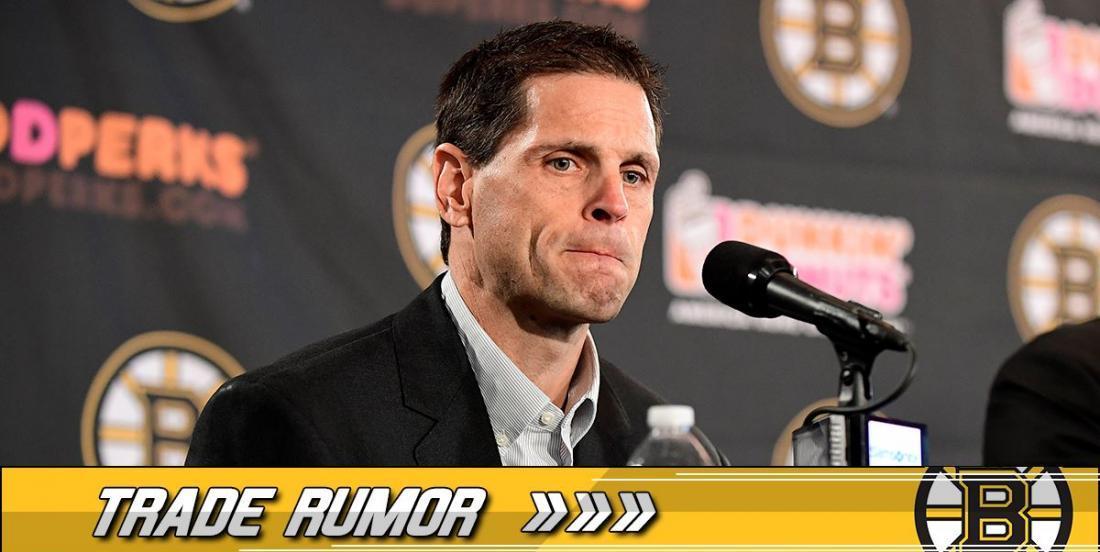 The Boston Bruins caught many by surprise earlier this month when they made the decision to place veteran forward David Backes on waivers, presumably for the purpose of sending him down to the American Hockey League, a decision that indicated to many that Backes' time in Boston was quickly running out. As of the time of this writing Backes has not yet reported to the AHL and it sounds like both he and the Bruins organization expect that he will not report, however it does seem like we may have already seen the last of Backes as a Bruin.

Now Bruins general manager Don Sweeney, the man who signed Backes to his current contract, has all but confirmed that the Bruins are looking to move on from the veteran forward. Sweeney told reporters that Backes was not happy with the direction that the Bruins had chosen to go in, indicating that the veteran wants to continue playing in the National Hockey League.

“Again, I’m not going to speak for David,” said Sweeney. “He is disappointed, mostly because he wants to continue to play and impact our team . . . and he’s been a great teammate, despite what people may or may not believe about him as a player and such. He’s made an impact on our hockey club. He has taken it personally in that regard.

“But the roster is what it is and we are trying to figure that out going forward — and I am trying to be respectful to him, because he deserves it,” said Sweeney as per The Boston Globe.

Sweeney added that the decision to allow Backes to avoid going down to the American Hockey League was a mutual one, likely a concession made due to Backes contributions over the years in the NHL, but that does not mean that the plan is to keep him on the roster. Sweeney confirmed that he would indeed be looking for a trade given that the Bruins have all but moved on from Backes.

“Would we explore situations where you could move a player and get some relief, or and/or assets?” he mused. “Yeah. I am going to explore everything that is possible to us. I don’t have a crystal ball as to what best-case scenario may present itself. We are in a situation here that we had roster decisions to make and that’s really where the ultimate decision was made. He was healthy, able to play, and we had other players . . . that we were going to put in situations to try and that’s the decision we had to make.”

Of course given both his contract and his current level of form trading David Backes will prove to be difficult, but it sounds like that is indeed the plan for the Bruins now moving forward.