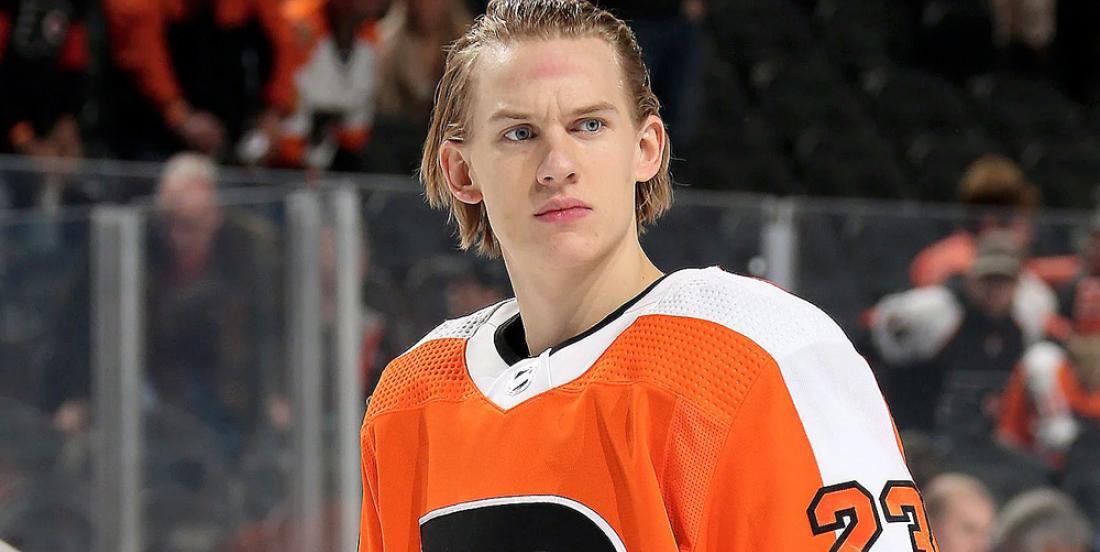 According to a report from the website survivornet.com, an online cancer research and support community, Philadelphia Flyers forward Oskar LIndbolm has completed his treatments for bone cancer.

“He feels great, considering the condition he’s in,” said Brett Flahr, Flyers assistant general manager told the Philadelphia Inquirer, “He’s such a great kid and he’s determined. His focus is to play as soon as possible.”

“Obviously we want to win,” player Kevin Hayes told NBC Sports, “but hockey is an extreme lower level … compared to cancer. He’s going through a battle and … he just brings a bunch of energy to this room.” The Flyers have kept Lindblom’s locker room stall in tact, waiting for his eventual return.

But… could the kid actually return to the ice when the NHL resumes play later this summer? With the determination that this kid has shown over the past six months… anything is possible. I’d never, EVER count out Oskar Lindblom now.