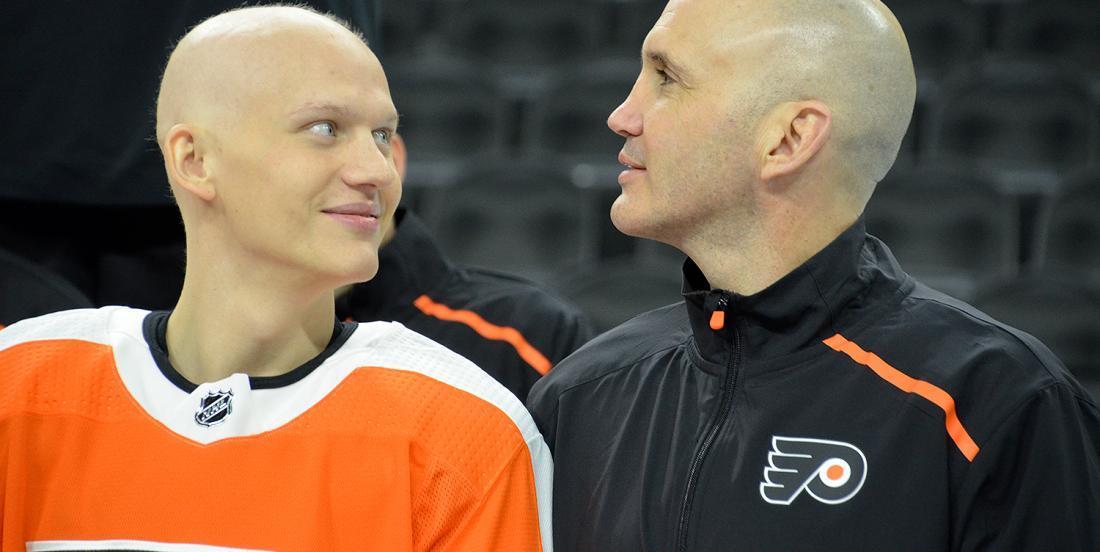 It is a tough time for anybody out there and we can only imagine how this COVID-19 pandemic has affected Philadelphia Flyers forward Okcar Lindblom, he was diagnosed with Ewing’s sarcoma in December.

That’s probably what prompted the Flyers themselves to offer an important update on their player’s condition on Tuesday, per The Inquirer.

“Oskar’s going through his last treatments coming up here, but everything I’ve been told from Jimmy (McCrossin, the team’s trainer) has been very positive,” Flyers assistant general manager Brett Flahr said. “He feels great, considering the condition he’s in. He’s such a great kid and he’s determined. His focus is to play as soon as possible.”

The team would not reveal if Lindblom would be able to play next season, but just the fact that he’s entering his last treatments is great news.

The 23-year-old was tied for the Flyers’ team lead with 11 goals when he was diagnosed and missed the rest of the suspended season.

“For all the stuff this guy has been through, he looks terrific,” Flahr said. “The last time I saw him, he looked good. He had that smile on his face. He’s doing things like cardio (workouts) to keep up his strength as much as he can. I think as soon as he gets his last treatments, the worst is over for him.”

Flahr said Lindblom’s doctors have told the young forward “it couldn’t have gone any better for him.”

We are so happy to hear this!