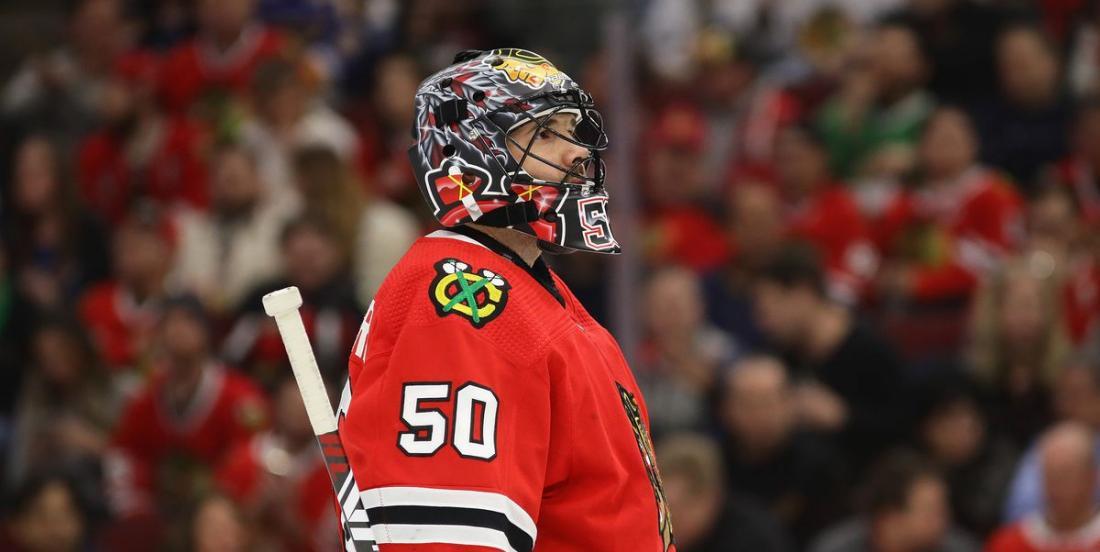 This was quite the blow in Chicago, earlier this week, when it was revealed by the Blackhawks insider Scott Powers that goaltender Corey Crawford had been deemed “unfit to play”.

With new regulations in place prohibiting teams from releasing medical information on players , coach Jeremy Colliton had little to say about Crawford’s long-term prognosis, but fans are not only worry about what it means for the series against the Edmonton Oilers, but also Crow’s future in the league.

For now, we can only focus on what his absence could mean for the Hawks moving forward into the NHL postseason, and it was necessary for Hawks insider and the team to offer options to replace Crawford in the playoffs.

After trading Robin Lehner to the Vegas Golden Knights at the deadline, he who was part of a rotation in net for Colliton, Crawford started the next eight games before the season was stopped due to the COVID-19 pandemic. Now they cannot count on Lehner and will need to trust other goalies for their run…

The Blackhawks have now moved on in camp with the four other goaltenders on the ice: Collin Delia, Kevin Lankinen, Malcolm Subban, and Matt Tomkins.

Amongst that list, Subban is the one to have taken part in a game during the 2019-2020 season, having played in four contests with the Golden Knights before he landed in Chicago. He played just one since joining the team.

These are seen as replacements for Crawford, whether in the short or long term.

“We told them it’s gonna be based on how they perform, and they’re all going to be given equal opportunity” said Colliton. “At the end, we’re going to have to make a decision, but we want those guys to make it as difficult as possible.”

Will it be as hard as replacing Crow and beating the Oilers? Only time will tell…