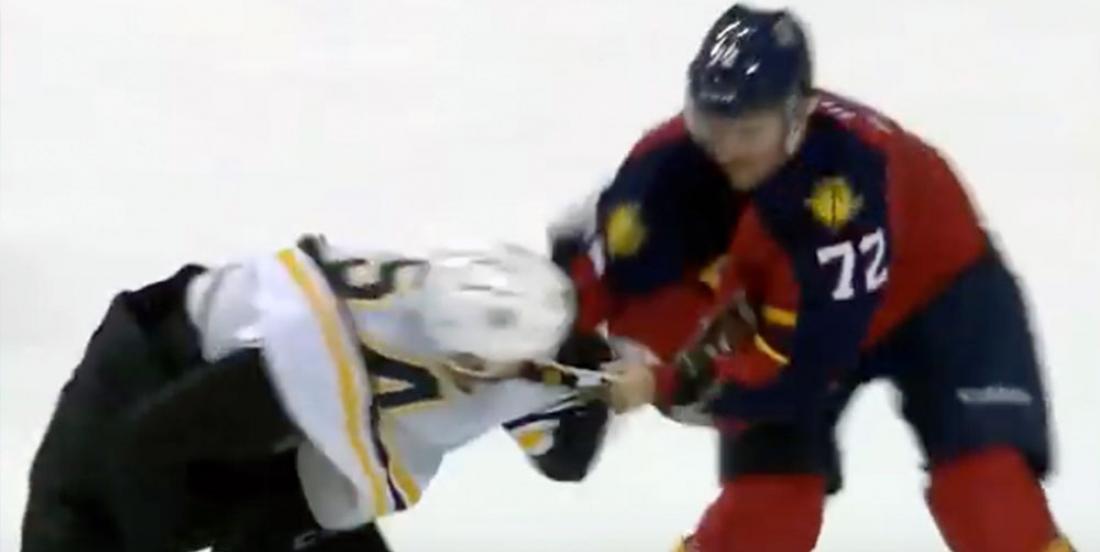 According to multiple online reports, the Boston Bruins have signed veteran defenseman Alex Petrovic to a professional tryout (PTO) contract.

The 27 year old Petrovic split the 2018-19 season between the Florida Panthers and Edmonton Oilers, playing just 35 games and putting up just two assists. The 6 foot, 4 inch, 215 pound physical defenseman has put up five goals and 50 points in 263 games across seven seasons. Most Oilers fans maintain that the big physical defenseman never got a fair shake under former head coach Ken Hitchcock.

Bruins fans may remember Petrovic from this scrap he had with former Bruins blueliner Adam McQuaid back in 2015:

Quaider is one tough customer and if you can hang in and bang with him, you're alright in by books. I have a feeling B's fans are gonna love this guy.