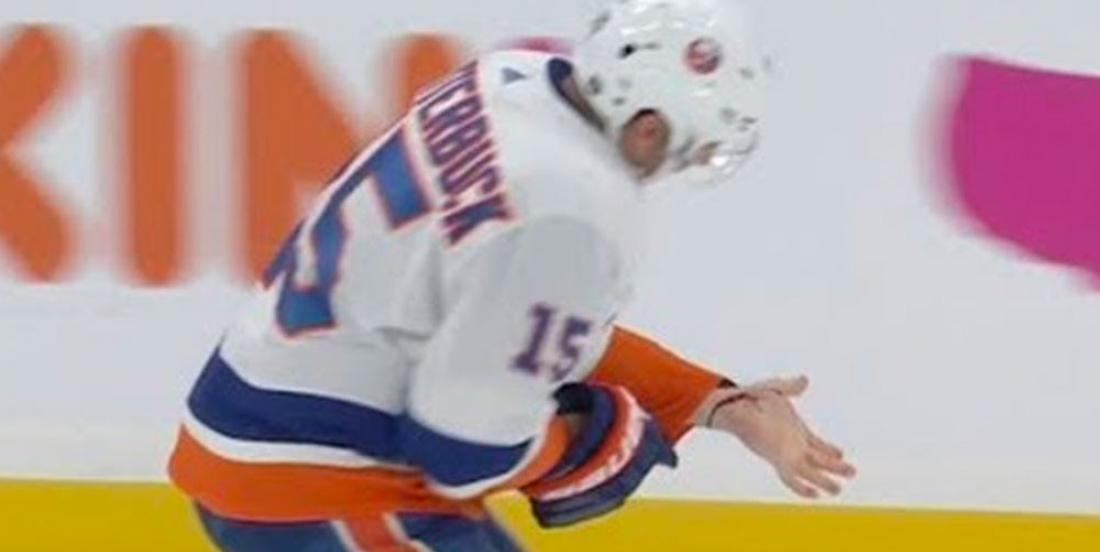 A scary scene occurred in Boston last night during the game between the Bruins and the visiting New York Islanders.

Veteran forward Cal Clutterbuck has to rush out of the ice after he was cut on the wrist by a skate blade.

The Isles forward sprinted off to the dressing room as soon as he realized he had been sliced open by a blade. It happened when Bruins center Patrice Bergeron fell to the ice, causing his skate to lift in the air and catch Clutterbuck on his left wrist during a play in the neutral zone.

You can tell when Clutterbuck knew this was an urgent call when he threw his gloves up in the air and headed to the dressing room.

After the game, it was revealed that the 32-year-old had to be transported to the hospital to get stitches.

“Hopefully it’s not too serious’” said head coach Barry Trotz after his team’s 3-2 shootout win over the Bruins.

Lacerations from skate blades are some of the most frightening injuries that can happy in hockey. As you know just last week, OHL goalie Tucker Tynan was cut by a skate blade and nearly bled to death before he underwent emergency surgery. The young netminder is now out of the hospital and recovering, but you can’t deny these types of injuries are the scariest.