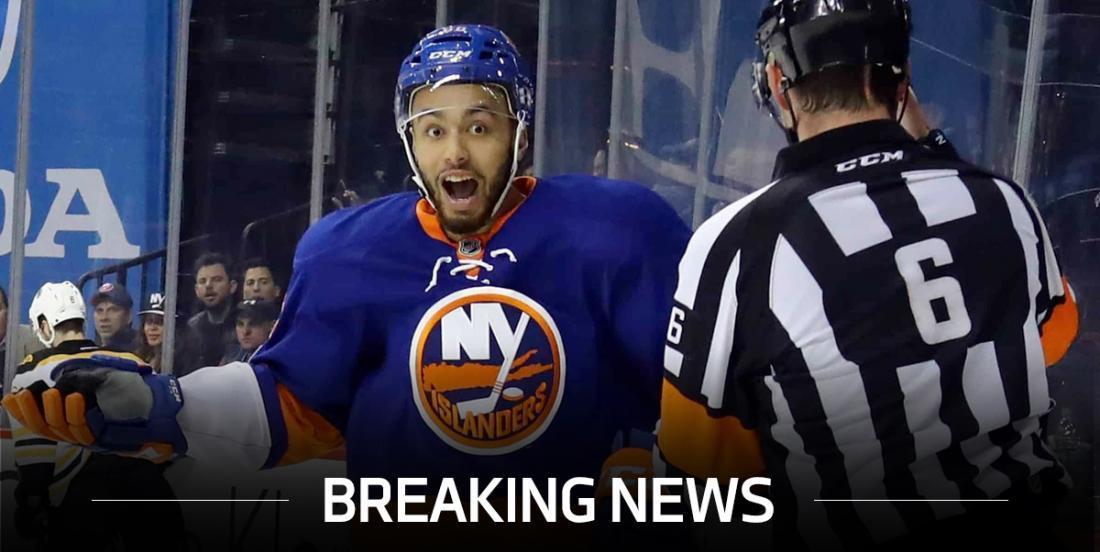 According to a report from Sportsnet NHL insider Elliotte Friedman, the New York Islanders have settled their salary arbitration case with forward Josh Ho-Sang. As a result, Ho-Sang has earned an NHL minimum contract that will pay him $700,000 in the NHL and $250,000 in the AHL.

Again, $750,000 is the NHL's minimum salary. So in effect, Ho-Sang took the team to arbitration only to have a judge tell him that he's worth the least amount that the league can pay him. That can't be how Ho-Sang envisioned things playing out. But, you know what? That's pretty much been the story of Ho-Sang's professional hockey career up to this point.

The 24 year old had a fantastic junior career and many scouts had him as a top 10 talent in the 2014 NHL Entry Draft. Concerns over Ho-Sang's arrogance and immaturity though scared most teams away and it wasn't until the 28th pick of the 1st round that then Isles GMm Garth Snow took a chance on the Toronto born and bred Ho-Sang. In the six years that have passed Ho-Sang has only managed to get into 53 NHL games, scoring seven goals and 24 points. He has walked away from the AHL's Bridgeport Sound Tigers and has demanded a trade out of Long Island at least twice.

Islanders GM Lou Lamoriello bypassed the trade market and offered up Ho-Sang free to anyone on the NHL's waiver wire... no takers. Literally no one even wants Ho-Sang for free. This is a guy who absolutely TORE up the Toronto minor hockey circuit with Connor McDavid and Sam Bennett back in the day and he can't even get a sniff of interest from an NHL team. THAT speaks volumes to me.

Here's hoping that now, at 24 years old, Ho-Sang can finally get his career on track. There's no denying his skill. He's a supremely gifted stickhandler and passer, but he really lacks awareness in defensive situations and he lacks consistency in his efforts, especially in the defensive zone. While I'm hopeful that Ho-Sang can put it all together this season and deliver on the promise he once showed... I'm not holding my breath.