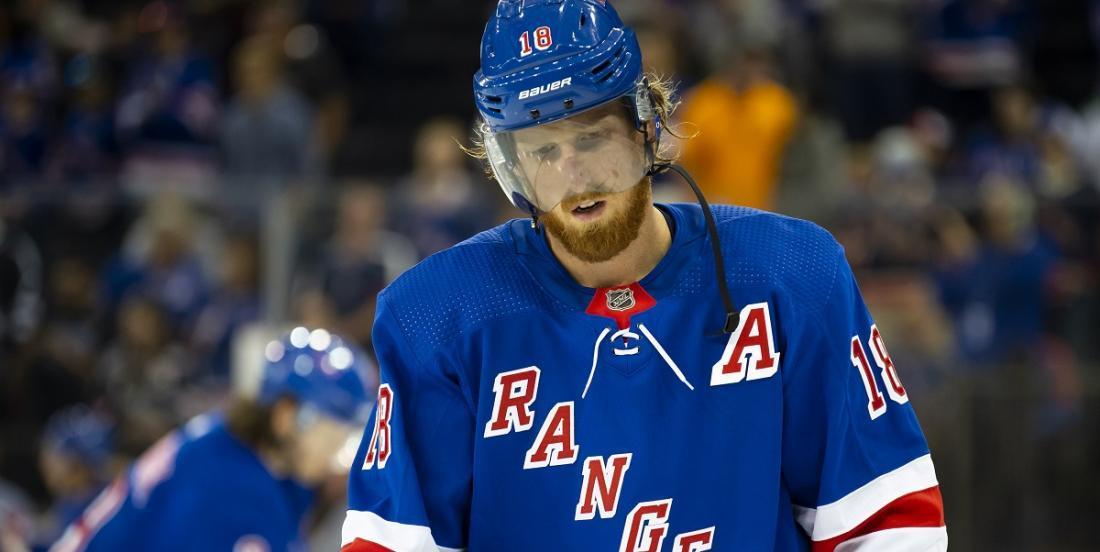 The New York Rangers have just announced what you would consider to be some bad news, but it seems like a very large segment of their fan base is not taking it that way.

On Saturday morning the Rangers announced that veteran defenseman Marc Staal would be out for at least the next 2 weeks as a result of a surgical procedure that took place recently. The Rangers did not reveal exactly when Staal went under the knife, however they did reveal that the surgical procedure was to deal with an infection in his ankle. As of right now the Rangers are ruling Staal out for at least the next 2 weeks, however they did add that Staal will be re-evaluated at that time which appears to indicate that he could be out for even longer than that.

Although I have no doubt that every member of the Rangers fan base is hoping for a speedy recovery on the part of Staal, the response to this news from those same fans has been absolutely brutal. Fans have been quick to celebrate the fact that a player that they perceive to have outlived his usefulness will be out of the lineup for the foreseeable future, with some of those fans even suggesting that he should remain out for the long term in spite of his injury. That is a very harsh assessment of the situation, although fans are entitled to their opinions and I could certainly see why some would want to see a younger player get the minutes that Staal has been eating up through his first 11 games of the 2019 - 2020 National Hockey League regular season.

Here are some of the more uncharitable responses on the part of Rangers fans, and unfortunately for Staal these appear to be the majority of the responses from that fan base. This fan in particular was quick to label the 32 year old blue liner a "pylon."

One fan suggested Staal should remain in the press box even after his recovery.

That comment was quickly echoed by another Rangers fan not happy with Staal's play as of late.

It only got worse from there, here are a few more: