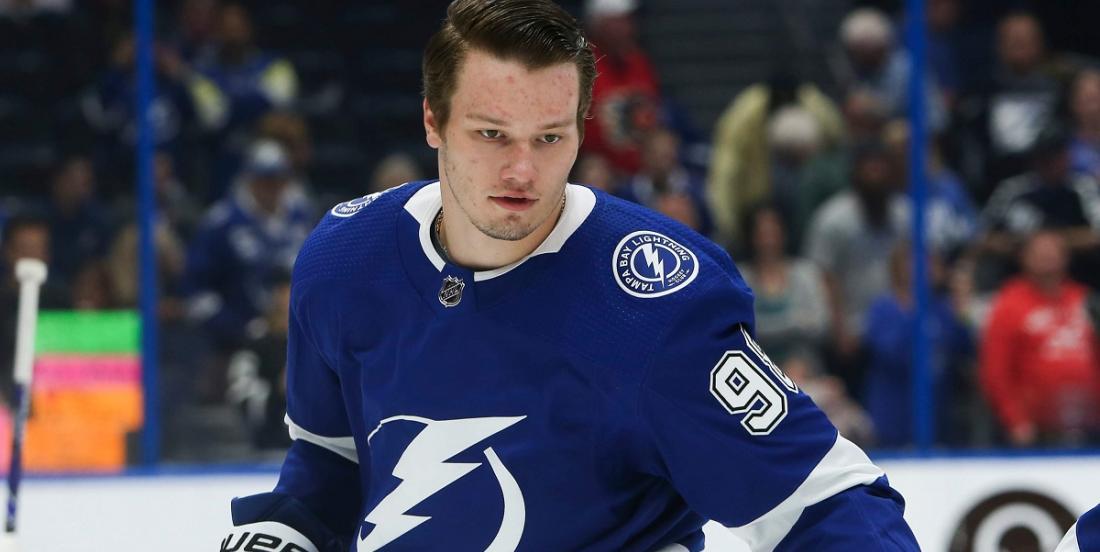 Sergachev blunt and to the point.

The Tampa Bay Lightning looked like they might just cruise to a series win in the Eastern Conference Final after taking a strong 2 - 0 lead in their series against the New York Islanders, but on Friday night the Islanders responded and made it clear that they would not go down without a fight. Unsurprisingly as a result of the Islanders showing some signs of life in Game 3 the tension in the series ramped up considerably and it was evident during that game with the physicality escalating to another level.

In the dying seconds of the game we saw some fisticuffs between the Islanders' Matt Martin and the Lightning's Barclay Goodrow, and it was a spirited affair between the two men. You can tell however by the extra shot that Martin delivers to the head of Goodrow, a shot that comes after Goodrow is already down on the ice, that there is some serious bad blood between these two teams.

A fight during a playoff game is a great example of how tense things are getting between two competitors but it was this cheap shot from Lightning star forward Nikita Kucherov, delivered to the back of the leg of an unsuspecting Jean Gabriel Pageau of the Islanders, that really demonstrated to me just how much bad blood there is between these two teams at the moment. As you can see Pageau was effectively strolling towards what was a near-guaranteed empty net goal when Kucherov delivers the hack.

Following the game some of the players were asked about the level of physicality that was on display in Game 3 and among those players was Lightning defenseman Mikhail Sergachev. The young blue liner would not go so far as to call the two teams rivals, but he did acknowledge the fact that he is no fan of the New York Islanders after stating his belief that the Islanders also don't like them very much either.

"I don't know if it's a rivalry, but they don't like us," said Kucherov as per Lightning insider Joe Smith. "We don't like them."

Can't wait to see how things progress throughout the rest of this series, if this is any indicator though we're likely in for a good one.