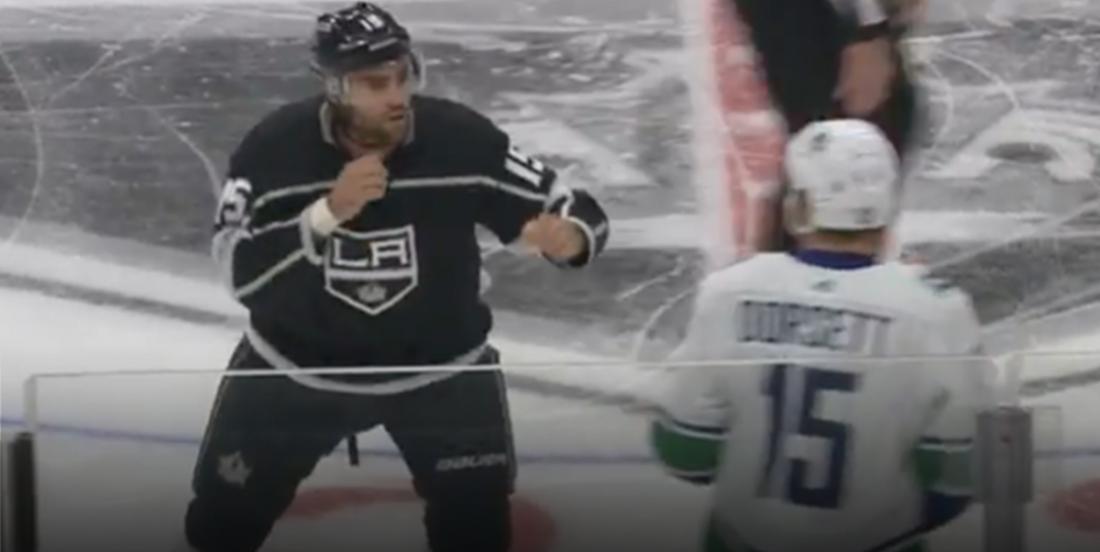 After giving up the opening goal for the third consecutive game, the Vancouver Canucks needed a jolt. Enter: Derek Dorsett. The scrappy winger currently leads the NHL in penalty minutes and is never one to shy away from a good tilt. Dorsettt squared off with Los Angeles Kings forward Andy Andreoff at center ice immediately following the goal.

Pretty even scrap. Andreoff seems to control things early on with a few big shots, but Dorsett comes back with a few of his own. It looks like Andreoff lands the biggest shot with his right hook near the end though, so we’ll give the decision to him and the Kings.

The Canucks ended up coming back and winning this game 3-2, so it’s only fair that we award the Kings the decision in this scrap.