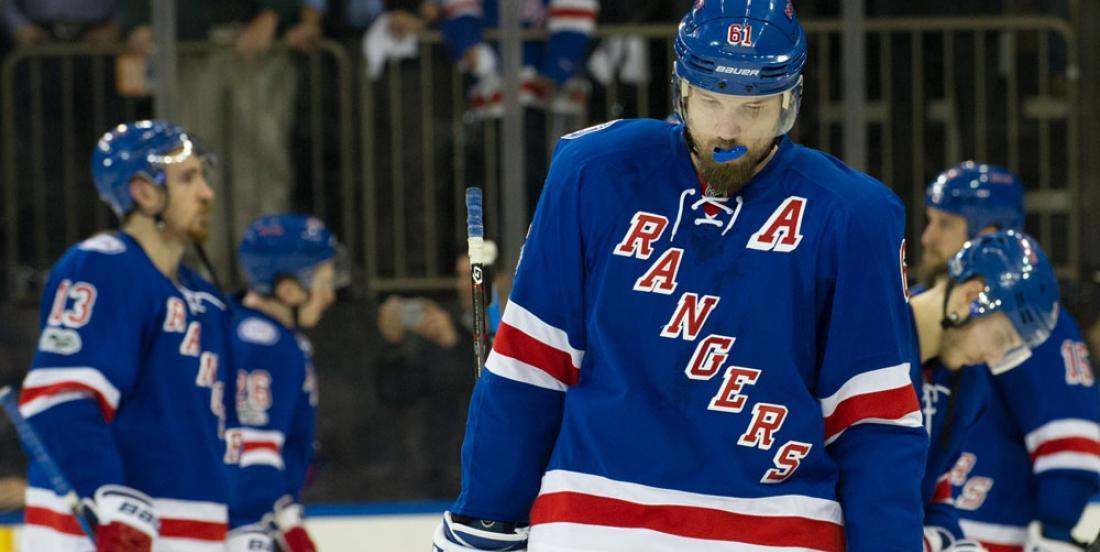 The New York Rangers demoted winger Rick Nash, who was taken off the club’s top power-play unit in last night’s 5-2 loss to the Chicago Blackhawks.

Now with the recent change, New York Post's Larry Brooks wonders “what exactly does that say about Nash and his value to the team both on the ice and as a pending free-agent rental approaching the deadline?”

This have to ruin the Rangers' original plan to potentially move Nash for a high-draft pick at the trade deadline. Brooks adds that Nash has gone goalless in eight games, which is not helping GM Jeff Gorton's strategy.

Now a new approach might be coming into plan...

"Seriously, would the Rangers trade Nash for say, the 56th and 95th picks in the draft if that’s the best that’s offered, or would Gorton keep the winger for the playoff push and deal with the winger’s pending free agency following the tournament?" - Brooks writes.

The Rangers currently sit in one of the two wild-card spots in the Eastern Conference and could decide to hold on to Nash for the postseason push if they are still in playoff contention near the trade deadline.

But even if they decide to shop him at the deadline, his production slump will hurt his trade value and it will be hard for Gorton to land a first-round pick to acquire him as a playoff rental.