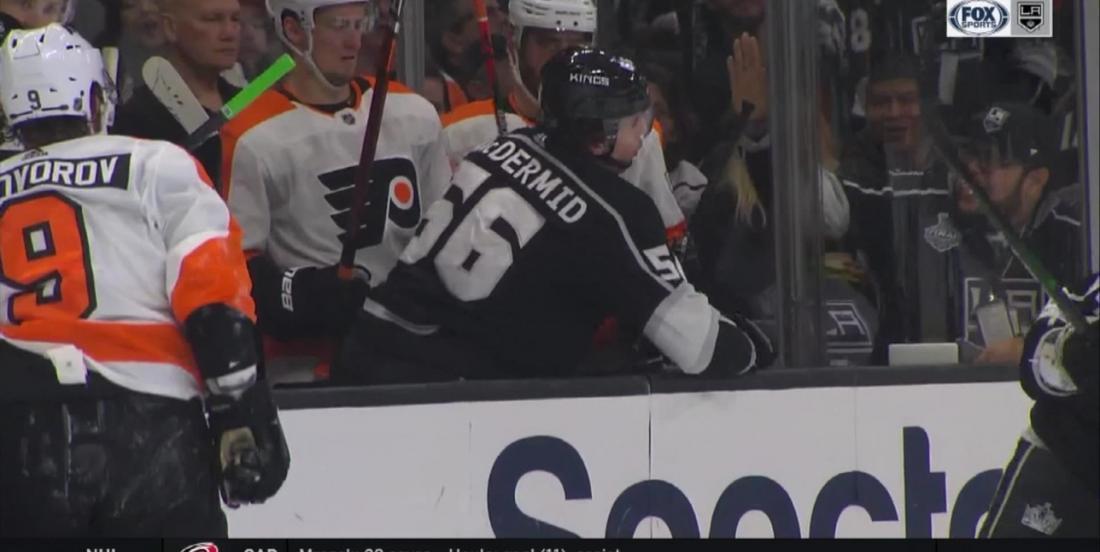 The NHL has just announced that Los Angeles Kings’ Kurtis MacDermid will have a hearing Friday for an illegal check to the head on Philadelphia Flyers’ Ivan Provorov.

The hit took place in the second period of last night’s contest as the Kings were leading 4-0 over the Flyers. Provorov was caught with his head down near his team’s bench when MacDermid didn’t miss the chance to stop him.

It seems like it will be the league that will make him pay as we expect he will be fined or banned for the illegal check to the head.

The hearing will be on Friday.