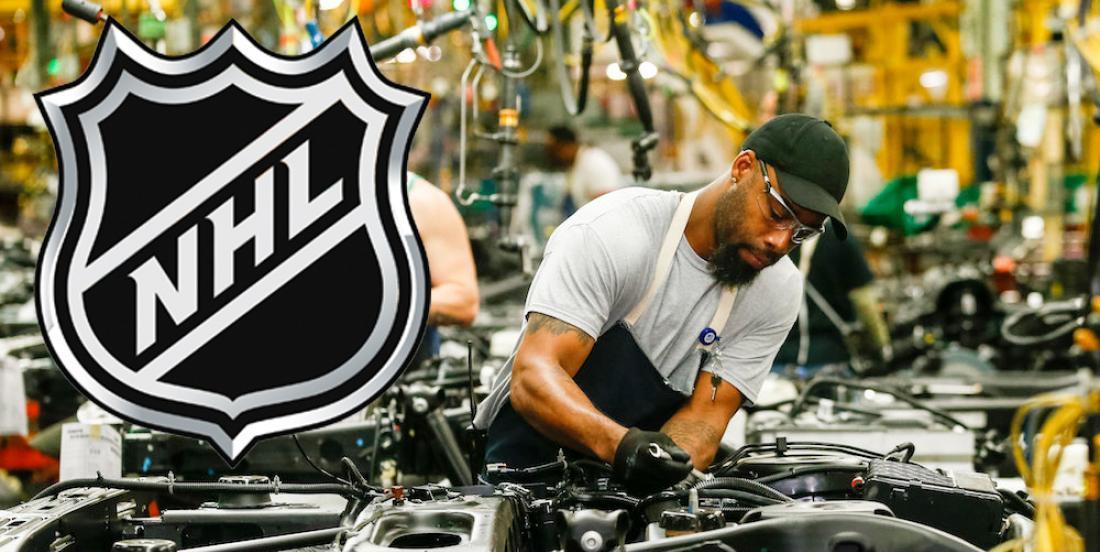 We’re all in this together.

Hankering for a good story amidst all the bad COVID-19 news? Well… you’ve come to the right place.

Check out this article from ESPN’s Emily Kaplan in which she reports on the NHL’s part in helping automotive manufacturer General Motors in the fight against the virus.

When General Motors repurposed one of its dormant plants in Warren, Michigan, to produce face masks for front-line workers, it needed some help for a crucial step: disinfecting.

So the company turned to the hockey community for an assist.GM called the Ilitch family, which owns the Detroit Red Wings. Christopher Ilitch then called Paul Boyer, the Red Wings’ head equipment manager.

“They were trying to get their hands on a sanitizing machine,” Boyer said. “What we use them in the sports industry for is killing the bacteria, and making that wonderful sports odor go away. You put anything in it that touches the skin: skates, shoulder pads, helmets. They’re designed to sanitize an entire bag of hockey equipment in one shot.”

The Red Wings couldn’t provide one, because when Little Caesars Arena opened in 2017, it got a modern upgrade; The sanitizing machine is built into the HVAC system in the locker room. But Boyer called five equipment managers around the NHL.

“The machines were just sitting idle in the locker rooms, so it was a no-brainer,” Boyer said. “Our guys are very generous. I could have gotten more. Some were willing to donate it, but they couldn’t get into their rinks.”The  [Chicago Blackhawks](https://www.espn.com/nhl/team/_/name/chi/chicago-blackhawks)  and  [Philadelphia Flyers](https://www.espn.com/nhl/team/_/name/phi/philadelphia-flyers)  were able to, and they lent their machines to GM, no questions asked.

“Of course I said to Paul, the minute you need these things back, I’ll get it back to you,” said Rob Portugaise, GM’s executive director of manufacturing.

“But so far, that hasn’t come up. Hockey has a reputation for this, right? For being close-knit and helping out the community. To be able to witness it firsthand was really exciting. It was all done very quickly. The only thing they asked for was a shipping address.”

Hell ya hockey has a reputation for this. We’re a tight-knit community and will go to the ends of the Earth to support people within our community.