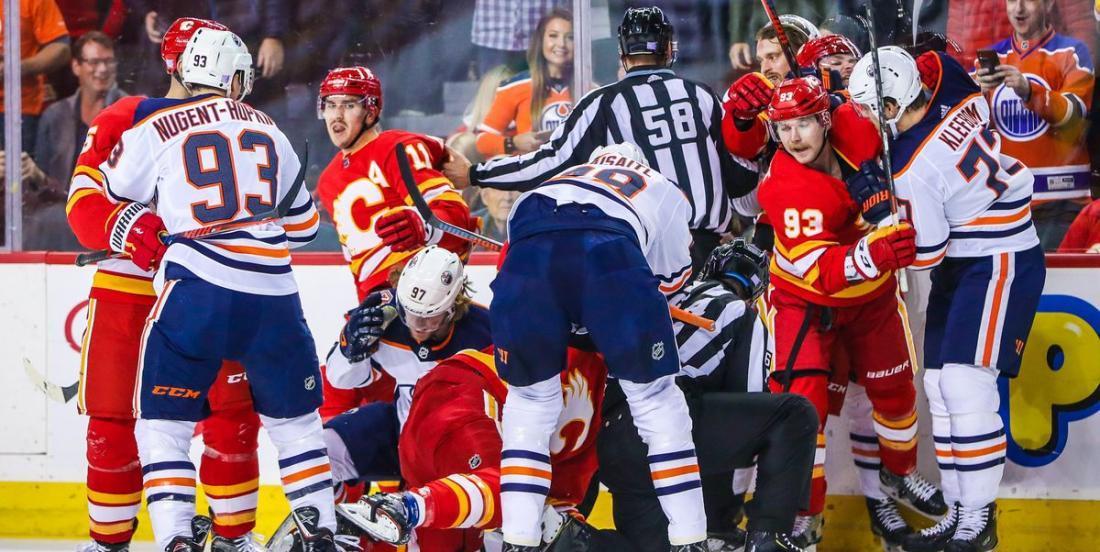 This is quite the battle of Alberta!

Several rumours have involved the Oilers lately and team insider David Staples of the Edmonton Journal felt the need to discuss about some speculation, seeing what might indeed take place in the coming weeks.

According to Staples, the Oilers might investigate the possibility of acquiring young forward restricted free agent Pavel Buchnevich from the New York Rangers, who are seeking ways to shed salary in order to sign defenseman Jacob Trouba.

However, Staples believes the Oilers are looking at acquiring another forward, but this one is in Calgary as one of the Flames’ most hardworking forwards. Sam Bennett.

Staples believes the Oilers could be more tempted to go after Bennett, who recorded 13 goals and 27 points over 71 games last season. The 23-year-old has played in at least 70 games in each of the last four seasons — including 81- and 82-game seasons in 2016-17 and 2017-18, respectively — and has seen significant time on the power play unit. The Flames are also cap-strapped and while they might be hoping to come to terms with Bennett before the arbitration hearings, he could instead have to be placed on the trade block.

If the Oilers dare to make a move for Bennett, you have to imagine the Flames will be more pissed than tempted. While we strongly believe they wish to give him in the fold, if they have to move him it will be anywhere other than up the road to their biggest rival.