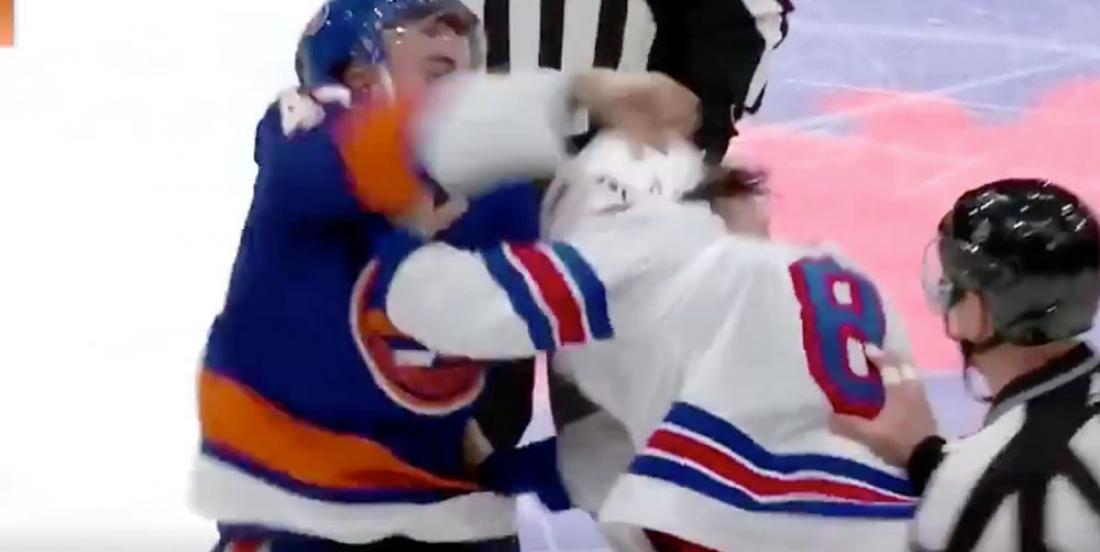 The New York Islanders and their fans are going to love Jean-Gabriel Pageau.

The new team acquisition played his first game as an Islander on Tuesday and not only managed to record a goal but also earned the respect of all his new teammates and the crowd.

Pageau was having none of that and immediately dropped the gloves with Trouba in an intense fight.

The new Islanders forward was ejected for instigating the fight, but you have to know he made a lot of new friends in New York!

His fight inspired the team to rally together as Brock Nelson tied the game with 17.9 seconds left. Funny enough, Pageau was then brought back to the game, in the penalty box as the action continued.

The Rangers unfortunately won it 4-3 in overtime, but fans were stunned to see the Islanders managed to get a point here.