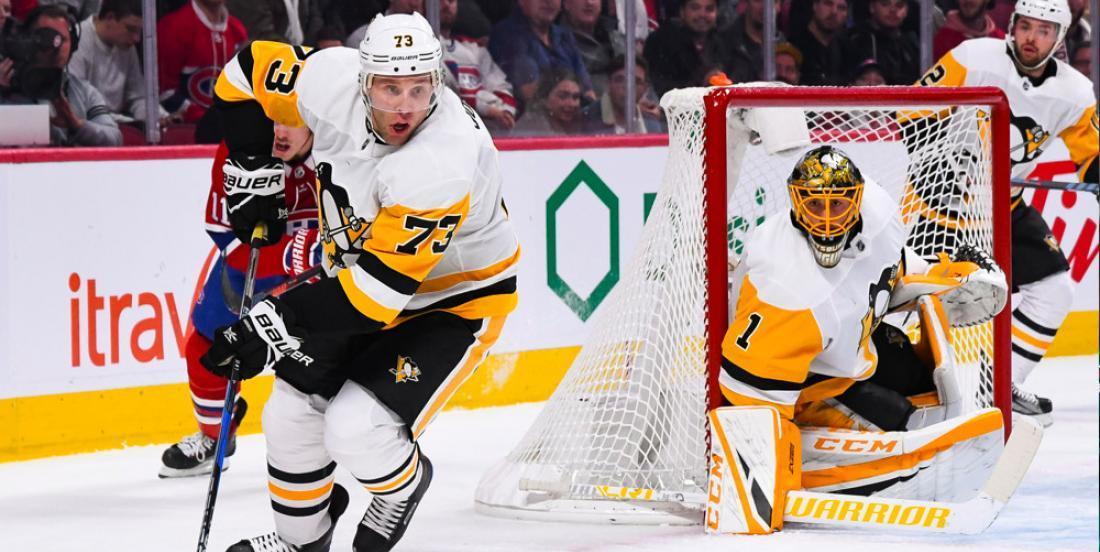 Pens GM Jim Rutherford plans to have Johnson spend the rest of his career in Pittsburgh.

The Stanley Cup Playoffs are back in full force and has for the first time since 2006, Sidney Crosby and the Pittsburgh Penguins are on the outside looking in. The Penguins, of course, dropped their best of five Qualifying Series against the Montreal Canadiens last week in stunning fashion. As a result, the Penguins snap a 13 season streak of post-season play. To many, this signals the end of an era for the team. An era highlighted by three Stanley Cup championships and some MVP calibre seasons from Crosby and Evgeni Malkin.

Well, according to Penguins GM Jim Rutherford big changes are coming. Check out this ominous quote from Rutherford’s press conference earlier this month:

Fire up the rumor mill!

Look, Sid and Geno aren’t going anywhere. It’s unlikely that Kris Letang, John Marino or Jake Guentzel go anywhere either, but everyone else is up for grabs. One thing that’s clear though, one of Matt Murray or Tristan Jarry has to go. Murray is likely out the door and defenseman Jack Johnson will likely be shopped as well. Or… at least one would THINK Johnston would be on the move. Not so fast though says GM Rutherford…

Penguins insider Josh Yohe managed to get some interesting quotes from Rutherford concerning Johnson and, incredibly, it sounds like Johnson is still in the team’s plans moving forward.

Yohe went so far as to report that the Penguins GM “has no interest in trading Jack Johnson away from the Penguins”.

I mean… what else is he going to say, though? “Yeah, that scrub is history?” I don’t think so. The plan may very well be to have Johnston traded this offseason but it won’t be easy. The veteran blueliner and longtime friend of Crosby has three seasons remaining on a contract that pays him $3.25 million per season. That will be tough to move.

So… maybe Rutherford is telling the truth after all?

He certainly seems to have a plan for his $3+ million player and it involves playing 6th/7th defense minutes… you know the role you might pay someone league minimum for.

Check out this damning quote from Rutherford about Johnson’s play:

“Here’s my summary of this situation,” a terse Rutherford said. “Maybe Jack Johnson isn’t as good as I think he is. *Maybe*. But he’s not as bad as all of the anti-Jack Johnson people think he is. I’ll tell you what he is: He’s a solid, third-pairing defenseman *if* he’s playing with the right guy. He’s a player that I happen to really like and I think he’s a better player than a lot of people want to give him credit for.”