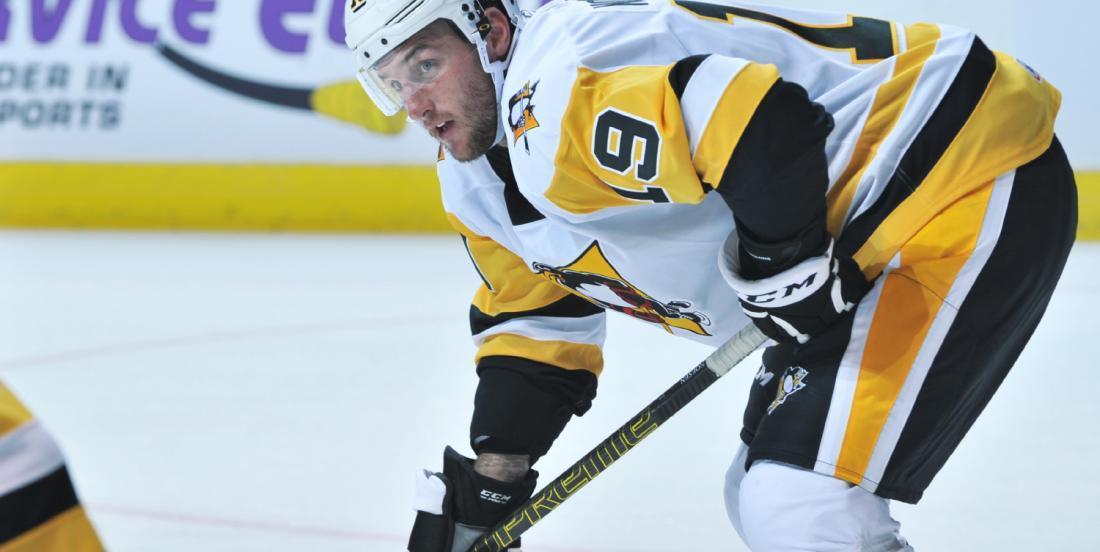 Can he help the injury-plagued Pens?

The Pittsburgh Penguins have announced that forward Stefen Noesen will be joining the team for the remainder of the year. The 26-year-old, who was previously playing on an AHL level deal with the Wilkes-Barre/Scranton Penguins, will report to Pittsburgh immediately. The contract is worth $700,000 at the NHL level.

Noesen most recently played in the NHL for the New Jersey Devils, where he spent parts of three seasons. He is a former first round draft pick, taken 21st overall by the Ottawa Senators in 2011. The 6-foot-2, 205-pounder led Wilkes-Barre/Scranton with 14 goals and 22 points at the time of his signing. It is likely his play at the minor level that led to him getting the contract. Noesen has played 159 career NHL games split between the Anaheim Ducks and New Jersey Devils, recording 24 goals, 21 assists and 45 points. He recorded career highs with 13 goals, 14 assists and 27 points in 72 games with the Devils in 2017-18

The Penguins are currently plagued with injuries, with Sidney Crosby, Justin Almeida, Nick Bjugstad, and Justin Schultz all on injured reserve. While Brian Dumoulin has not yet been moved to IR, it has been announced he’ll miss up to eight weeks following ankle surgery. Bryan Rust is currently listed day-to-day.