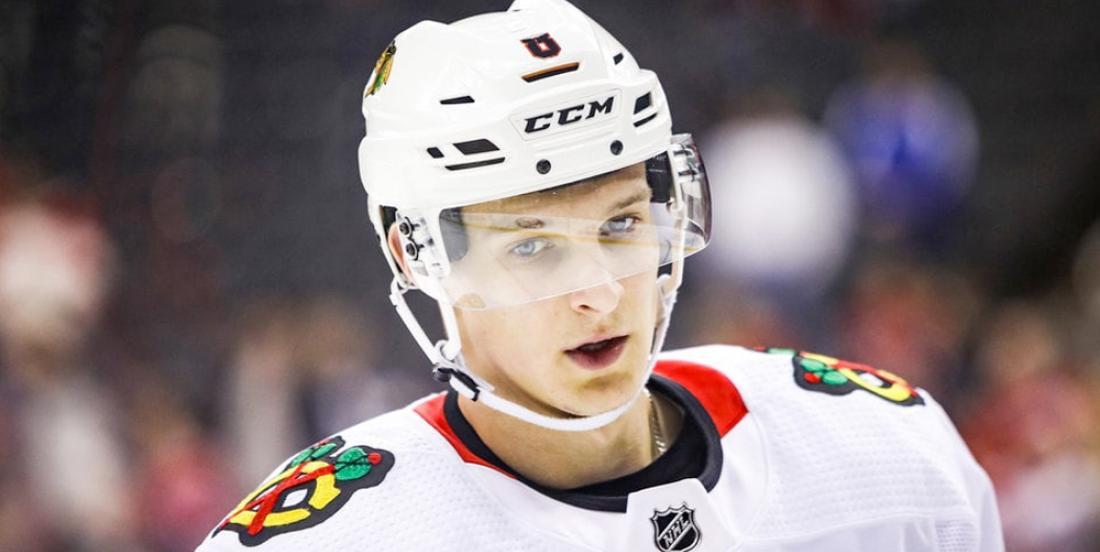 Ouch... this could be a HUGE blow for the Blackhawks.

As the NHL and NHLPA continue to work together to get the league back on the ice sometime this Spring/Summer, there's still a LOT left up in the air. One question that has gone unanswered is what happens to players on expiring contracts? After all, NHL contracts are structured to end on June 30th of any given year and with the Stanley Cup Playoffs slated to go well into August, things just aren't adding up. Easy fix, right? Just extend the contracts by a month, or two in some cases, to get the job done. Easy peasy.

Not so easy though is extending work visas for those players.

Keep in mind that a lot of NHLers are playing in their home cities as foreigners that require a work visa to stay, live and work in either Canada or the United States. In almost every case, work visas are aligned with player contracts. So take a player like Dominik Kubalik of the Chicago Blackhawks. He's a Czech Republic native working in the United States and his contract and work visa expire on June 30th. The NHL and NHLPA can extend his contract under the circumstances, but an extension of his work visa will need to come from the U.S. government. This could pose a problem.

From Sportsnet in Canada:

As the NHL and NHLPA negotiate an agreement to resume play, work visas must be addressed. The league’s calendar “ends” on June 30, and visas expire at that time. Since the pandemic makes it extremely difficult for the quick process of renewals, players were told in a memo “it is essential that you return as soon as possible to give your club enough time to process a renewal application on your behalf.”

Check out this summation of the problem from The Athletic's Sean Shapiro:

There’s a long to-do list as the NHL moves forward with its 24-team return-to-play proposal. The NHLPA approved the format on Friday, and the plan is expected to be formally announced by the league on Tuesday. While many of those key questions will be answered directly, solving for player immigration and expiring visas will require cooperation between the players, teams, the league and dozens of countries.

The NHL will be the most-impacted amongst the major sports leagues as return-to-play protocols are tackled. With 24 teams in the United States, Americans are the minority in the NHL; at the time of the stoppage, only eight teams in the 31-team league had 10 Americans or more on their roster.

But players on expiring contracts, both pending restricted and unrestricted free agents, can’t legally work in the United States after June 30. The Dallas Stars have eight players who fall under this category — plus Miro Heiskanen, whose visa expires this summer because his entry-level contract had a rookie slide after he spent the first year of the deal in Finland.

Across the NHL, directors of team services handle immigration in a similar fashion. Early in the offseason, usually in early July after free agency has been completed, teams will send visa applications to United States Citizenship and Immigration Services (USCIS). When Rademan submits the applications for Stars players, he also includes a copy of the press release from when they signed and their career statistics; immediate proof to fulfill the P-1A requirement that the applicant is an exceptional athlete coming to work in the United States.

In the offseason, the typical turnaround time for the visa is 10 to 14 days, according to Rademan. Once approved by USCIS, the next step varies by nationality. Canadians are now cleared after getting the green light from the U.S. Government. Players in Europe and Russia have to take an additional step and need to visit the American consulate in their home country. The players will take the document that Rademan sent them and go in for an interview. Once completing that interview, the player will get the stamp in their passport that makes it legal for them to come and work in the United States.

That's all well and good under usual circumstances, but there's nothing usual about the world these days. So... again... what's the plan?

Last Friday, United States acting secretary of homeland security Chad Wolf signed an order lifting travel restrictions on professional athletes returning to the country. That’s a measure that could indicate there won’t be too much pushback when it comes to expediting the process of extending visas for players as the league moves forward, although for players who returned to Europe or Russia the rules in their country will also have to allow them to leave the country.

Sounds like the plan is to... just hope and pray that everything will work out?

Maybe it's nothing, maybe it's a HUGE problem... who knows? If nothing else, this is definitely a situation worth monitoring. Stay tuned, hockey fans.