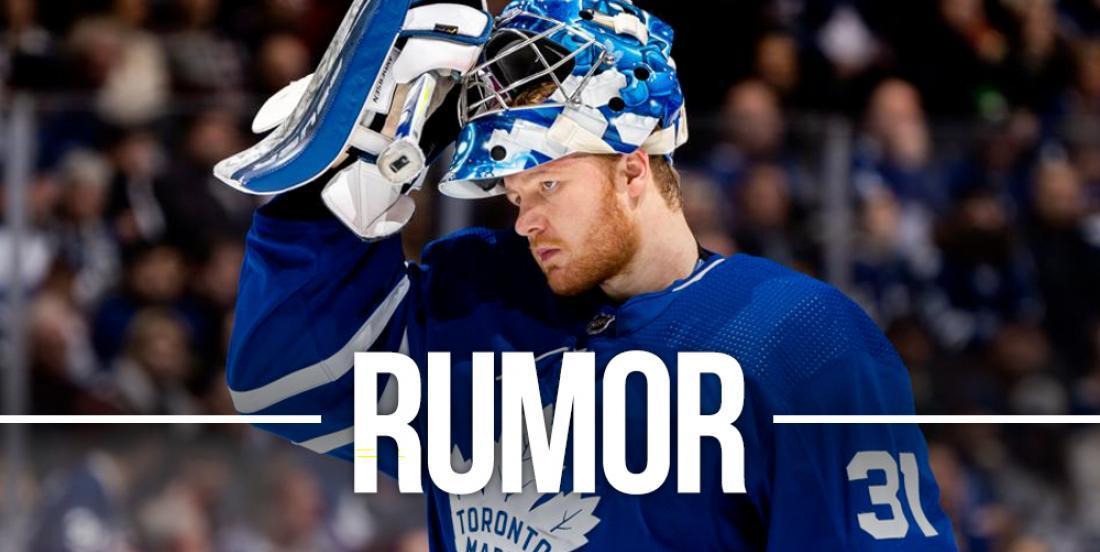 Sportsnet NHL insider Chris Johnston just dropped an absolute bomb of a trade rumour on Toronto's Sportsnet 590 radio reporting that Toronto Maple Leafs goaltender Frederik Andersen is "preparing as if he won't be back" with the Leafs next season.

Chris Johnston on SN590: I think there's a good chance Freddy isn't playing in Toronto next season. Teams have interest and the Leafs are taking the calls. Even heard from Andersen's side that Freddy seems to be preparing as if he won't be back with Toronto.

Andersen trade rumours have been swirling around ever since the Leafs bowed out of their Qualifying Series matchup against the Columbus Blue Jackets in July. While Andersen wasn't exactly to blame for the Leafs' collapse in that series, he has been roundly criticized by local Toronto media and by Leafs fans. Funny enough, he put up a 1.84 goals against average and .936 save percentage in that five games series. Not bad. Not bad at all. Yet, for some reason, Andersen is still seen as the problem in Toronto. Never mind the fact that their defence corps is essentially just Morgan Rielly and a cast of misfits...

In any case Andersen enters the 2020-21 season with free agency on the horizon in the summer of 2021. It'll be interesting to see what the Leafs do with him this offseason. Do they bring him back for one season and let him earn his next contract? Do they bring him back and then cut bait with him next offseason? Do they ship him out of town now in order to get some sort of asset in return? Obviously if GM Kyle Dubas does elect to move Andersen, he'll need to get another goalie to man the pipes for his team. There are some intriguing options set to hit the open market as free agents this summer, as well. Braden Holtby, Jacob Markstrom, Robin Lehner... these free agents could represent an upgrade on Andersen but at what cost? The budget conscious Leafs likely won't be in a position to throw $6 million - $8 million annually on a long-term deal to ink one of these top tier netminders.

Buckle up, Leafs fans. You're in for an interesting offseason.