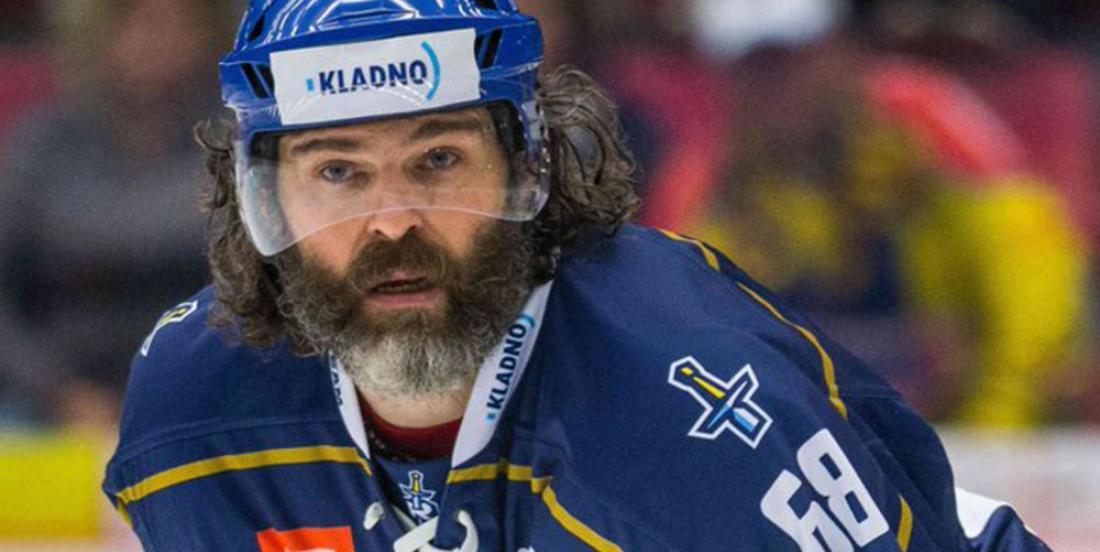 According to a report from Czech hockey insider Pavel Barta, 48 year old legend Jaromir Jagr is moving on up from the Czech’s relegation league to its top division and will sign a contract with Sparta Prague.

Technically Jagr had played in the top Czech league (Czech Extraliga) with his hometown Kladno Knights (for which he is also owner and president) in 2019-20, but with Kladno relegated to the league’s second division Jags will be moving on to Sparta Prague to remain in the top league.

The living legend potted 15 goals and 29 points in 38 games with Kladno this past season. He also played with the two for parts of two seasons in the league’s second division in 2017-18 and 2018-19.

Interestingly enough Prague was formerly the home to a KHL team (HC LEV Praha), a league which boasts a higher level of play than the Czech Extraliga. However even if the team did still operate it's hard to imagine that at 48 years of age and with really nothing left to prove at any level no one would blame Jagr for wanting to stay in his home country and limit his travel. I mean… the guy has earned the right to play hockey anywhere he damn well pleases at this point.

At this point, I’m honestly just hoping that Jagr can crest 50 years old while still playing in a top level league. He’s unlikely to ever come back to the NHL considering what we saw out of him in limited play with the Calgary Flames during 2017-18, but there’s just something comforting about knowing Jags is still out there doing his thing in front of hockey fans on a night to night basis.

Again, the guy is a living legend and will go down in history as one of the all-time greats. Keep fighting the good fight, Jags and don’t quit until someone manages to wrestle that ugly JOFA off your beautiful head of hair.